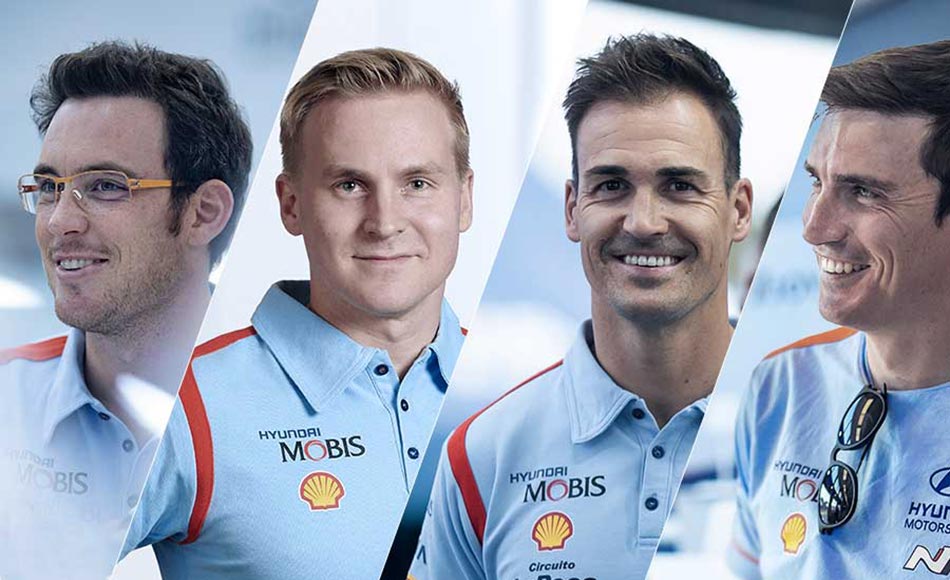 Hyundai Motorsport has confirmed its line-up for the 2023 WRC season. The team welcomes Esapekka Lappi and Craig Breen.

Hyundai confirmed the team will enter three cars at every event. Lappi will contest, like Neuville, all events of the 2023 WRC season. Craig Breen will share the third car with Sordo. It has not been specified which events Sordo or Breen will compete in.

Lappi becomes a full programme WRC driver again for the first time since 2020. Breen had a contract at M-Sport as a full programme driver for next season, but the British team and the Irishman confirmed yesterday to part ways one year early “following an amicable decision.”

Breen, who thus returns to Hyundai in the same role he had in 2019, 2020 and 2021, said: “Joining Hyundai Motorsport for the 2023 WRC season feels like a homecoming for me. We have secured some very memorable results together in the past, including several runner-up results, so hopefully I will be able to take that a step further.

“I have followed the team’s progress and development with interest this season, and I can see the momentum that has been building. Having the backing of a manufacturer team like Hyundai is special, and I’m sure we’ll have plenty more reasons to celebrate next season.”

Lappi: “Life is full of surprises”

“The team showed during the 2022 season that it is capable of developing the car a lot during the season and has chances to win on every surface. From what I’ve heard already, 2023 looks very promising. We are well aware that there is a lot of work to do, but with Janne, I am committed to it. I believe we have a lot to give to the whole team.

“I want to thank Hyundai Motorsport for demonstrating their trust in us; we will do everything we can to be successful and to achieve our common goals.”

Moncet: “We have a competitive and experienced combination of talent”

Hyundai outlines that its intention was to have a (fully) experienced line-up. Deputy team directory Julien Moncet said: “With Thierry, we know his performance potential and his appetite to fight for the drivers’ title. With Esapekka joining the team on a full-time campaign, we have a driver line-up that can compete for the top positions at all events and on all surfaces.

“Esapekka also has the required experience to help us develop our Hyundai i20 N Rally1, which will be fundamental throughout the season. Sharing the third car, we have Dani, who is the perfect team-player and a trusted pair of hands; he has taken five podiums in his past six events, which says it all. Craig returns to the team fully motivated and secures an enviably talented line-up to support Thierry and Esapekka.

“With these four crews, we have a competitive and experienced combination of talent, which will underpin the teamwork ethos and mentality within our entire organisation.”

Hyundai and Toyota have now both confirmed their line-ups for next year. M-Sport Ford is yet to confirm its plans for next season.