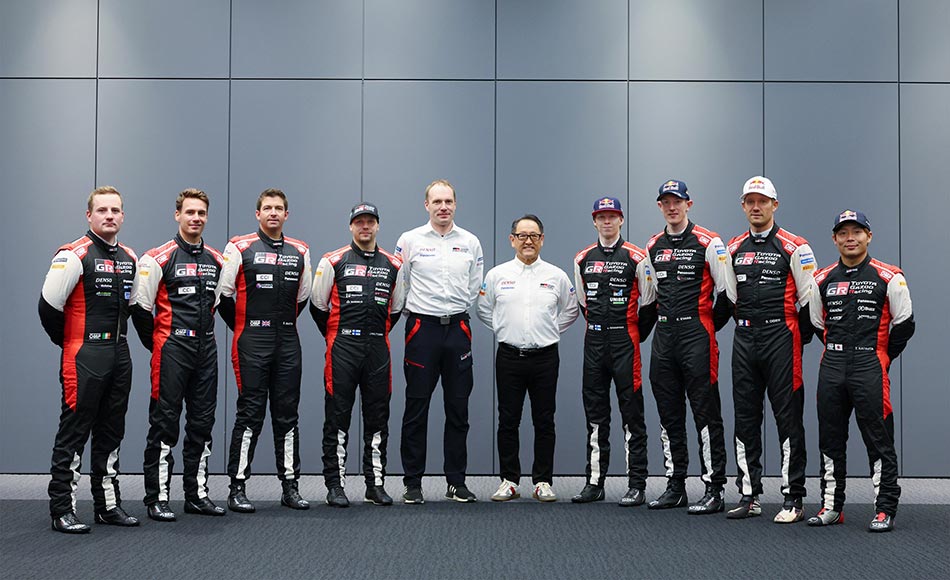 The Toyota WRC factory team has revealed its line-up for the 2023 WRC season. Takamoto Katsuta gets a promotion to the main team for selected events.

There are small changes to Toyota’s line-up for next season. 2022 World Champion Kalle Rovanperä and Elfyn Evans continue at the Japanese-Finnish team as full-time drivers.

Eight-time WRC champion Sébastien Ogier stays in the team as a part-time driver but shares the third car with Takamoto Katsuta instead of Esapekka Lappi.

Katsuta thus gets his promotion to the main team on selected events when Ogier is not competing. When Ogier is competing, Katsuta will drive in a fourth GR Yaris Rally1 entered in the Toyota Gazoo Racing WRT Next Generation team, as he did in 2022. It’s not specified which events Ogier will compete in.

Katsuta fills the gap which is left behind by Esapekka Lappi who leaves the team. Lappi is linked to a move to Hyundai. Toyota team founder Akio Toyoda mentioned Lappi in a message and hinted that the Finn will be at Toyota’s rivals next season: “Esapekka [Lappi], and Janne [Ferm], thank you for competing with us this season. Though you may be our rivals next year, we look forward to seeing you again at the podium.”

Latvala: “Winning all titles for the third year in a row will be a big challenge”

”As a team we have enjoyed an extremely good season in 2022. To win all three titles for the third year in a row will be a big challenge but that is certainly our target next season and we need to keep working together to achieve it.

“It’s very nice to welcome Takamoto into our main line-up to share a car with Sébastien while also still gaining the experience of a full season. We believe the time is right for him to make this step: In 2022 he was the WRC’s most consistent scorer so we are confident he can bring good points for the team.

“Our other drivers have all proven they can win rallies and fight for championships. Kalle will have a new challenge trying to defend his title but he will be very motivated and loves driving the car.

“For Elfyn on the other hand it has not been an easy 2022 season but he finished it with a good feeling in the car and we are sure he will be strong in 2023.

”Finally, Seb has shown that even when doing a part-season he has the pace to win and he brings a lot to the team.”

Hyundai has confirmed its line-up for 2023 and announced Esapekka Lappi to their team.