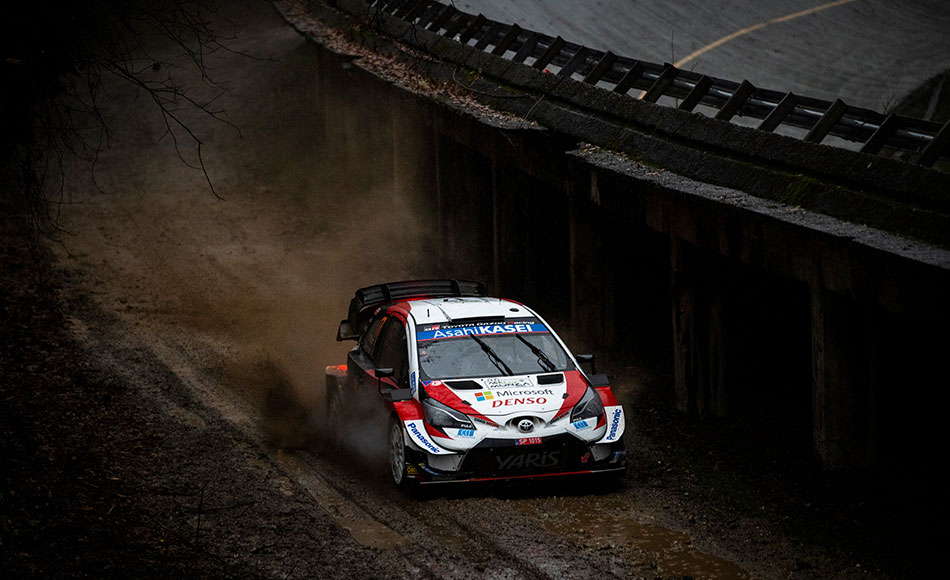 It’s time for the WRC 2021 title decider: Ogier vs. Evans. Like last year, Rally Monza serves as the final round of the championship. Here’s your preview of the event.

The event starts on Thursday evening at 18:01 with a 4.09 km long Shakedown stage around the Monza circuit. On Friday and Saturday, a new format is introduced compared to last year.

Both days start with ‘regular’ stages outside of the circuit on public rounds. After the normal stages, the crews head to the Monza circuit for the remaining stages of that day.

The final day of the rally is fully run at the circuit. In total, the event consists of 16 stages which bring the total competitive kilometres to 253.18.

Toyota comes in full force with regular drivers Ogier, Evans, Rovanperä and Katsuta. At Hyundai, a driver switch was made as Ott Tänak is forced to miss the event. Teemu Suninen replaces Tänak in the i20 Coupé WRC. Neuville and Sordo are Hyundai’s other entries at the main team.

Greensmith and Fourmaux represent M-Sport at the final event of the season. Solberg gets his fourth outing in a Hyundai WRC-car in Monza as the youngster prepares for his step-up to the main team next season. Elliott Edmondson reads the pacenotes for Solberg this weekend. The Brit sat alongside Greensmith and Mikkelsen earlier this season.

Mikkelsen, who won the WRC2 and ERC championship this season, is also present in Monza as Toksport WRT bids to bring home the WRC2 Teams championship. Another notable entrant in WRC2 is Jari Huttunen. The Fin debuts for M-Sport in WRC2 this weekend after “a change in plans” after Rally Spain when he drove for Hyundai as part of his junior programme with the time.

In WRC3, the title is to be decided. Kajetanowicz and Rossel are level on points heading into the final round of the season. Rossel won the category at Acropolis Rally Greece but was disqualified after the finish on Sunday evening as the sub-frame of his car was 92.75 grams overweight. An appeal of the disqualification was rejected by the FIA earlier this week. This means that whoever scores the most points this weekend, wins the 2021 WRC3 title.

Ogier has a 17 point advantage over Evans heading into the weekend. If the Toyota teammates are level on points after the finish on Sunday, Ogier will be crowned champion. The reigning champion has won four rallies so far this season, whereas Evans has won two and thus would lose a tiebreak. In other words: Evans has to outscore Ogier by 18 points to win his first WRC title.

Theoretically, the maximum points total Evans can score is 217. Meaning that when Ogier scores at least 13 points, the title will be his, regardless of what Evans manages to do. There are multiple ways to score 13 points, however, a podium finish is the most straightforward way to collect (at least) 13 points.

Evans is obviously the hunter this weekend. He must finish on the podium to activate any scenarios to overcome the points gap. A P4 finish + 5 (maximum) points from the Power Stage is not enough as he will score 17 points in that case, whereas 18 is required. Evans can’t secure the title by himself, in any scenario, he depends on what Ogier manages to accomplish.

The WRC manufacturer’s championship is also yet to be decided. Toyota narrowly missed out on securing the title in Spain last month. The Japanese-Finnish team (only) needs to score five points in Monza to secure the title.