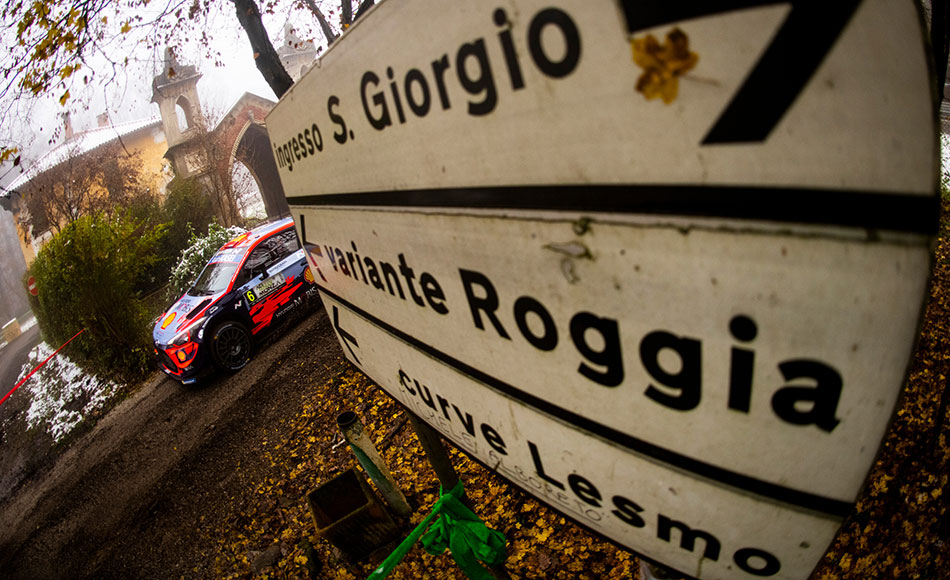 The second running of Rally Monza as a round of the WRC will feature 4 stages outside of the Monza circuit.

Rally Monza was added to the WRC calendar as a replacement for the cancelled Rally Japan.

This year’s event consists a total of 16 stages, just like last year, however, organizers have added an extra stage outside of the Monza circuit.

The event starts on Thursday evening with a 4.21 km long shakedown stage around the circuit. For Friday and Saturday, a new format is introduced compared to last year. On both days, the crews will head towards the stages around Bergamo in the morning, before returning to Monza to drive the circuit-stages in the afternoon.

New format on Friday and Saturday

Friday morning’s stages are located to the North-East of Bergamo. Gerosa and Costa Valle Imagna are identical compared to last year and and run twice. In the afternoon, three stages remain at the circuit: twice Junior and Grand Prix 1.

San Fermo is a new stage this year and starts the day off on Saturday. Selvino is the other regular stage on Saturday and is identical in comparison to 2020. Roggia is the remaining stage at the circuit on Saturday afternoon which will be run twice.

The final day of the 2021 WRC season is solely at the circuit. Three stages remain for the crews. Grand Prix starts the day, however, the stage is run in the opposite direction in comparison with the configuration on Friday. Serraglio is run twice and concludes the rally.

Monza Rally will feature 254.46 kilometers of competitive stages. The itinerary of the event can be found here.