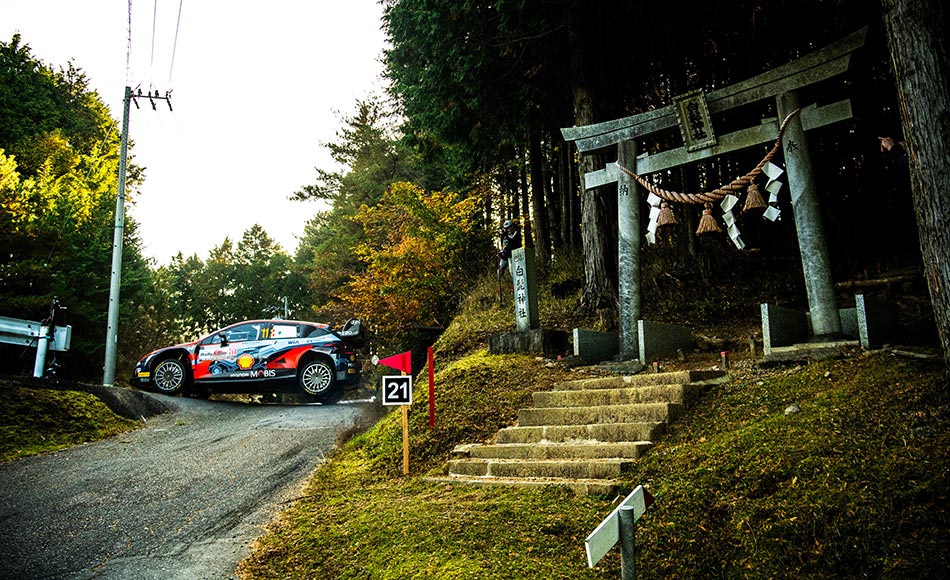 The Saturday in Japan wasn’t as dramatic as the Friday (which wasn’t a surprise).

Evans increased his lead after the opening Nukata Forest stage in the early morning by going 2.9s faster than Neuville through the stage. Nakata Forest saw 2022 World Champion Kalle Rovanperä tumble down from P3, in contention for the win, to P6, after hitting a rockface. The impact resulted in a puncture, which Rovanperä and Halttunen changed in the stage. Rovanperä lost 2 minutes and 46 seconds in the process.

The 22-year-old dropped a further 23 seconds and a minute in SS9 and SS10 respectively. In SS9 he had another moment which damaged another wheel. In meant he had to choose to drive through SS10 with his punctured tyre from SS8 or the damaged wheel from SS9, as he had only one spare. He chose to drive with the punctured tyre from SS8. He checked in late for SS10, which resulted in a minute time penalty, and received another 40 seconds penalty for checking in late into service. Rovanperä sits in P11 after Saturday.

Evans led the rally by 6.5 seconds at mid-day service. However, Neuville showed great pace in the second loop of the day by turning a 6.5-second deficit into a 4-second lead at the end of the day. Evans felt he hadn’t left much on the table and admitted he’d ‘lost the feeling with the front of the car’ in the afternoon loop despite not changing the set-up during service.

Neuville said: “We have been struggling with the balance throughout the day but we got it better for the afternoon.” The Belgian holds a four-second lead after SS14. The crews were supposed to do two runs of the Okazaki City Super Special, however, the stage was only run once and started with a delay of almost one hour.

Ott Tänak is in third, a distant 39.9 seconds behind Neuville and 24.6 seconds ahead of local hero Takamoto Katsuta. Sébastien Ogier climbed up to P5 overnight, albeit 2 minutes and 46.7 seconds off the lead after his SS2 puncture yesterday. The Frenchman won three stages today and now sits 38.7 seconds ahead of M-Sport’s Gus Greensmith who had power steering issues in the beginning of the afternoon loop.

Emil Lindholm is seventh and on course for the WRC2 title. The Finn only needs to be fifth and leads the category by 47.5 seconds over his countryman Sami Pajari. Grégoire Munster moved up into the top 10 and is ninth overall, 12.6s behind Pajari and 2.2 seconds ahead of Teemu Suninen who received a 50-second time penalty for leaving service five minutes late.