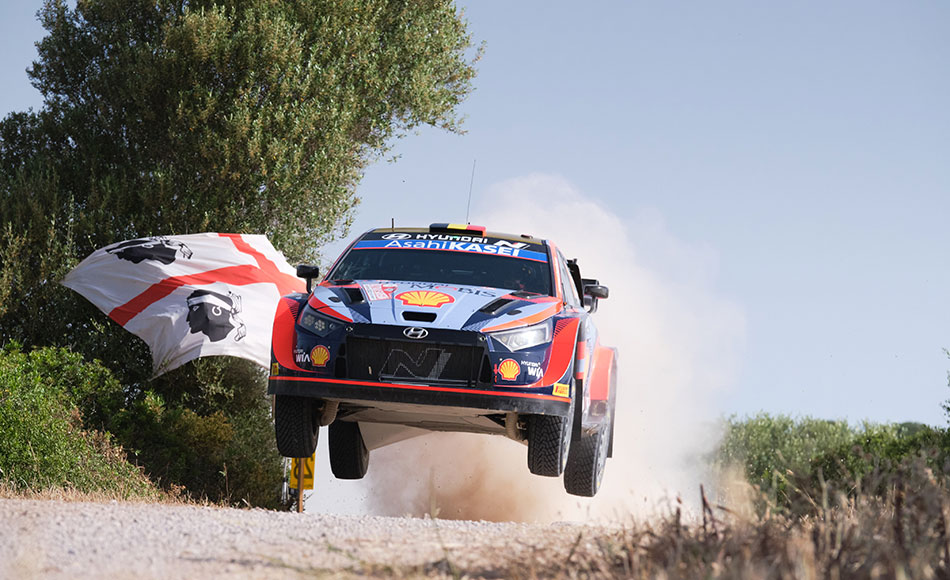 Neuville topped the timesheets after his third and final run through the 3.53 km long Olmedo shakedown. Esapekka Lappi was the fastest driver after the first pass but had to settle for second at the end. The Finn, who is back in the third Toyota GR Yaris Rally1 this weekend, was 0.3s off Neuville benchmark.

Elfyn Evans was third fastest in his Toyota, half a second of fastest and 1.1s faster than M-Sport’s Pierre-Louis Loubet. Championship leader Kalle Rovanperä was the slowest after the first run but climbed up to fifth at the end, 1.8s off the leading pace.

Craig Breen and Gus Greensmith were sixth and seventh fastest ahead of Takamoto Katsuta. Adrien Fourmaux was ninth fastest, a tenth behind Katsuta and 1.1s ahead of two-time Rally Italia Sardegna winner Dani Sordo.

Ott Tänak was the slowest WRC-driver in this mornings’s shakedown. The Estonian had to stop this Hyundai on the road section with an engine problem after his first run. Hyundai confirmed that “there was a small fire in the engine bay”. Tänak and Järveoja managed to stop the fire managed to return to service. Despite that the shakedown for P1 drivers was over, the crew got permission from the rally organizers to do another run in the shakedown. This run was still slowest, 3.9s adrift of team-mate Neuville.

The rally starts this evening with 3.23 km long super special stage in the streets of Olbia. The first crew will be in the stage at 18:08 local time. More info of Rally Italia Sardegna here!