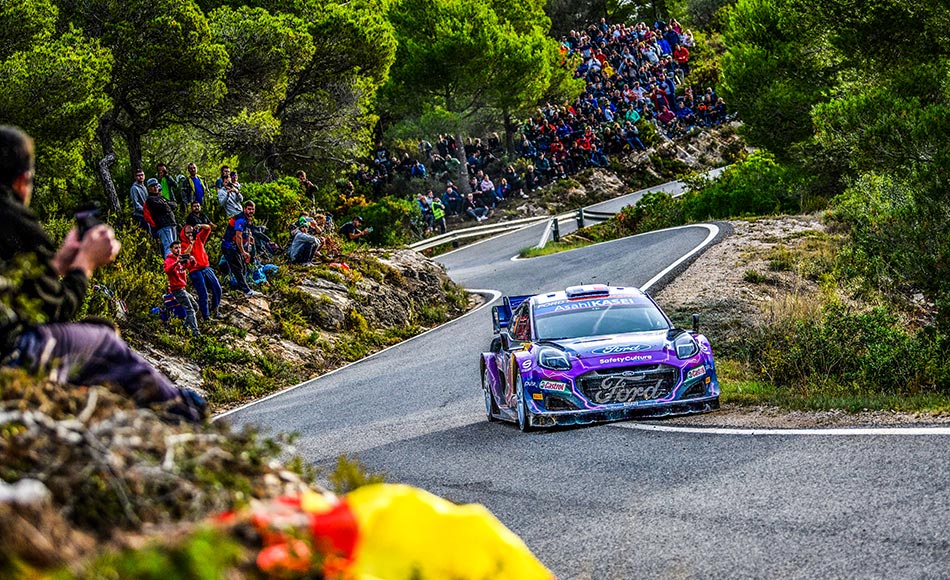 Adrien Fourmaux will not compete at next week’s WRC finale at Rally Japan.

M-Sport has withdrawn Fourmaux’s Rally Japan entry a week before the event. The Frenchman was entered to drive a Ford Puma Rally1 alongside Craig Breen and Gus Greensmith.

The team says in a statement: “With high costs associated with long-haul events, the team and Adrien feel it is within everyone’s interests to focus on Adrien’s programme for 2023 with M-Sport in the WRC as well as with development project.”

Fourmaux’s withdrawal means he only competed in one of the final four events of the season. He was withdrawn from Acropolis Rally Greece following his Ypres Rally crash, with M-Sport explaining it couldn’t repair the Frenchman’s car in time.

M-Sport withdrew Fourmaux again for the next round in New Zealand after “reassessing Fourmaux’s targets for the 2022 season.” The team confirmed that the 27-year-old would drive in Spain. He did compete in Spain last time out, finishing in P8 as the highest-placed M-Sport driver.

M-Sport’s statement indicates there are possibilities for the Frenchman to continue with the team next season. The British squad is, like Toyota and Hyundai, yet to confirm its line-up for next season. Craig Breen is the only driver contracted with M-Sport for 2023.