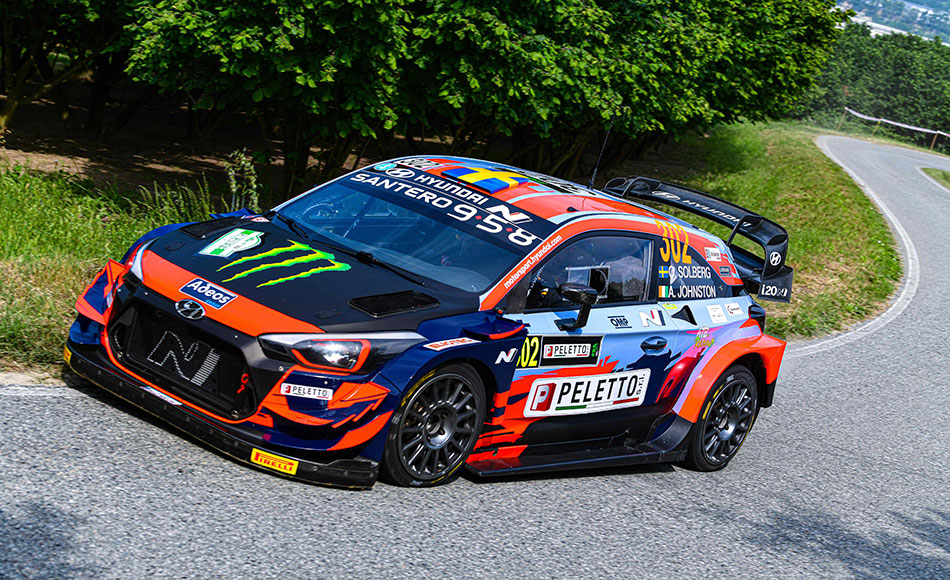 Hyundai Motorsport has announced a series of line-ups for October’s Rally Spain, the penultimate round of the 2021 WRC season.

Oliver Solberg will make his World Rally Car debut on tarmac at the Salou-based event. The 19-year-old will make his third appearance of the season on the highest level in the i20 WRC. Solberg Jr. debuted at February’s Arctic Rally Finland with seventh place overall and had an early exit on Safari Rally after damaging the roll cage of the car.

Solberg has experience with the i20 WRC on tarmac as he drove the car at Rally di Alba in Italy: “It’s fantastic to be back in a WRC car. And to be going in the car to Spain is really special as well. There’s something so spectacular about the stages there and, of course, we all know about the huge numbers of fans. To go to Catalunya with the proper, proper car will be something very special.” said Solberg.

Hyundai further announced their WRC and WRC2 line-ups for Rally Spain. In Hyundai WRC line-up, Dani Sordo joins full-time drivers Ott Tänak and Thierry Neuville for his home event. There was a surprise in the team’s WRC2 line-up, as Teemu Suninen joins Hyundai’s WRC2 line-up for the tarmac event alongside Hyundai-junior Jari Huttunen. The Finnish duo will compete with the in Ypres debuted Hyundai i20 N Rally2.

Suninen left M-Sport at the end of August. Before the 27-year-old’s WRC outing with Hyundai in Spain, he will drive a Volkswagen Poli GTI R5 in WRC2 on Rally Finland next month.