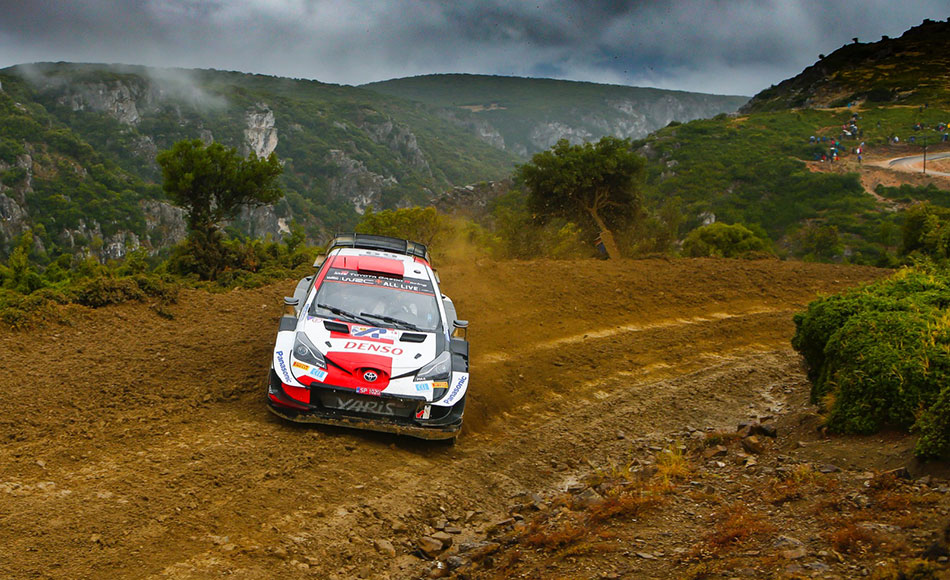 The young Finn set his fastest time in the first run through as he couldn’t beat his personal best time in his second and third run. Rovanperä’s first run was a big 6 seconds faster than anyone else managed to in the first pass.

It was a Hyundai 2-3-4 in shakedown with Thierry Neuville, Ott Tänak and Dani Sordo respectively. Neuville set his best time in his third and final run but was 2.7 seconds off Rovanperä best time. Tänak was a further 5 tenths down on Neuville and Sordo’s best time of a 3:18.3 was 8 tenths slower than Tänak’s.

Elfyn Evans was fifth fastest in shakedown, 2 seconds behind Sordo and 4 tenths ahead of championship leader Sébastien Ogier. Ogier described the conditions as Wales Rally GB-like: “It’s not like expected, it looks more like Wales. This morning we try to judge a bit the grip because obviously we haven’t tested for these conditions.”

M-Sport drivers Gus Greensmith and Adrien Fourmaux were seventh and eighth fastest, with only 4 tenths between the team-mates. Pierre-Louis Loubet was ninth in his Hyundai i20 Coupé WRC, 2.1 seconds behind Fourmaux.

Mads Østberg was the fastest Rally2-driver of the field in tenth place overall.