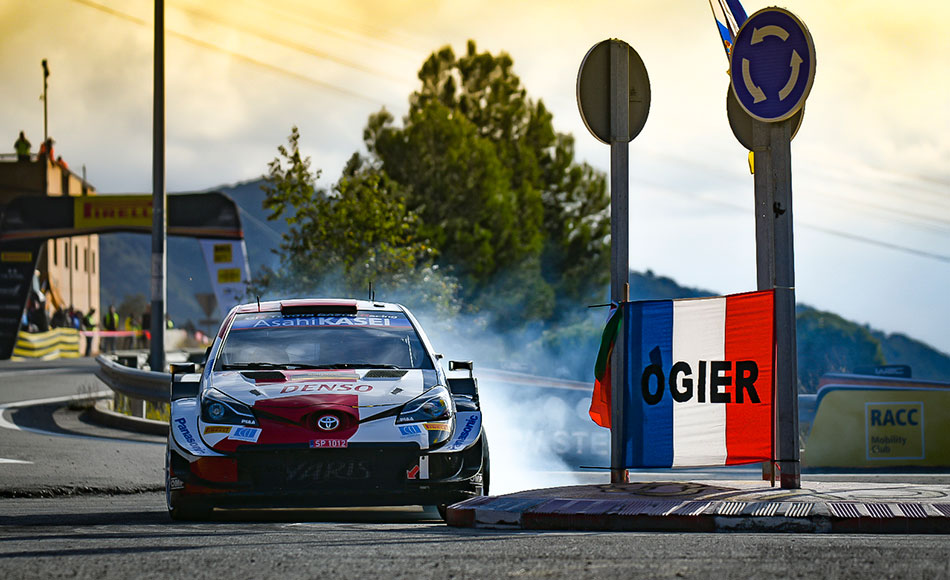 WRC championship leader Sébastien Ogier had a good warm-up for Rally Spain as he topped the timesheets in shakedown on Thursday morning.

Ogier can seal his eighth WRC title this weekend if he outscores Elfyn Evans by 6 points. The Toyota team mates handed their team a 1-2 in shakedown. Evans was just 0.2s behind his title rival. Three factory Hyundai’s were third, fourth and fifth fastest this morning. Thierry Neuville clocked four tenths slower than Ogier. Home hero Dani Sordo was fourth, 0.6s off Ogier pace. Tänak was fifth, 0.8s adrift of the leading time.

Kalle Rovanperä was declared fit to drive this weekend after he retired ahead of the Power Stage last time out in Finland with back pain. The Finn was sixth fastest, 1.2 seconds behind Ogier. Adrien Fourmaux stalled his car at the famous Riudecanyes roundabout on his first run. The Frenchman bettered his time later on to go seventh fastest, just a tenth ahead of his team mate Gus Greensmith.

The ceremonial start takes place at 19:00 this evening at the beach boulevard of Salou. Tomorrow the real action starts, with a total of six stages to run on the first day. SS1 gets underway at 8:43 local time (7:43 BST, 9:43 EET). Quick preview of the event here.