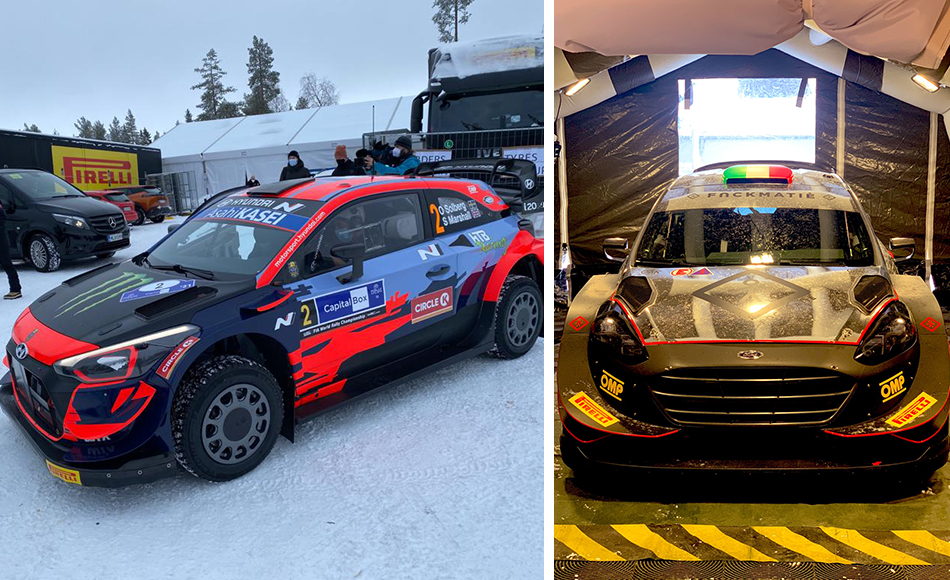 Round 2 of the 2021 FIA World Rally Championship season gets underway tomorrow. A proper winter rally awaits the drivers on the fast roads in Lapland. Here is a quick look at the itinerary, entry list and more.

The action starts tomorrow morning at (8:31 local, 7:31 CET) with the 5.69 kilometre long shakedown stage. In the afternoon, the rally gets underway with two runs of the Sarriojärvi stage (31.05 kilometres). It will be vital for the drivers to be on it from the very beginning, with Sarriojärvi being the longest stage of the rally.

Saturday’s itineray consists three different stages, which will all be run twice. The final stage of both loops, Siikakämä, is the longest stage of the day with 27.68 kilometres.

The final day of the event features two runs of the Aittajärvi stage. In comparison to other rallies, Aittajärvi is a proper one for Power Stage means, as Aittajärvi is 22.47 kilometres long. Around 14hrs local time, the winner of the Arctic Rally Finland will be crowned.

55 cars are on the final entry list for the event. 13 of them are World Rally Cars.

There are no surprises at Toyota with Ogier, Evans, Rovanperä and Katsuta. Craig Breen is driving in the third Hyundai alongside full-time drivers Tänak and Neuville.

Pierre-Louis Loubet is also in Lapland, as he will be at every event in 2021. Loubet will have a team-mate in the Arctic Rally Finland, as Oliver Solberg will make his World Rally Car debut this weekend in a Hyundai i20 Coupé WRC.

M-Sport is in Finland with the same drivers as it was in Monte Carlo: full-time driver Gus Greensmith and Teemu Suninen.

Oliver Solberg’s Hyundai i20 Coupé WRC for this weekend:

Just like Rallye Monte Carlo, the Rally2 entry list is packed and very competitive. The most notable name on the entry list is the one of Esapekka Lappi. The one-time WRC-rallywinner will be back behind the wheel of a Volkswagen Polo R5, competing against the likes of Andreas Mikkelsen and Eyvind Brynildsen (both Skoda Fabia Rally2 Evo), M-Sport’s Adrien Fourmaux and Hyundai-drivers Jari Huttunen and Ole-Christian Veiby.

Some very fast (local) drivers in WRC3 are also outsiders to be the fastest Rally2 car of the event. Teemu Asunmaa, Emil Lindholm, Eerik Pietarinen are all on the entry list for their home rally.

Two another exiting entries are those of 3-time WorldRX-champion Johan Kristoffersson (Polo R5) and Mattias Ekström (Skoda), who is back at a WRC-event for the first time since Rallye Deutschland 2006!