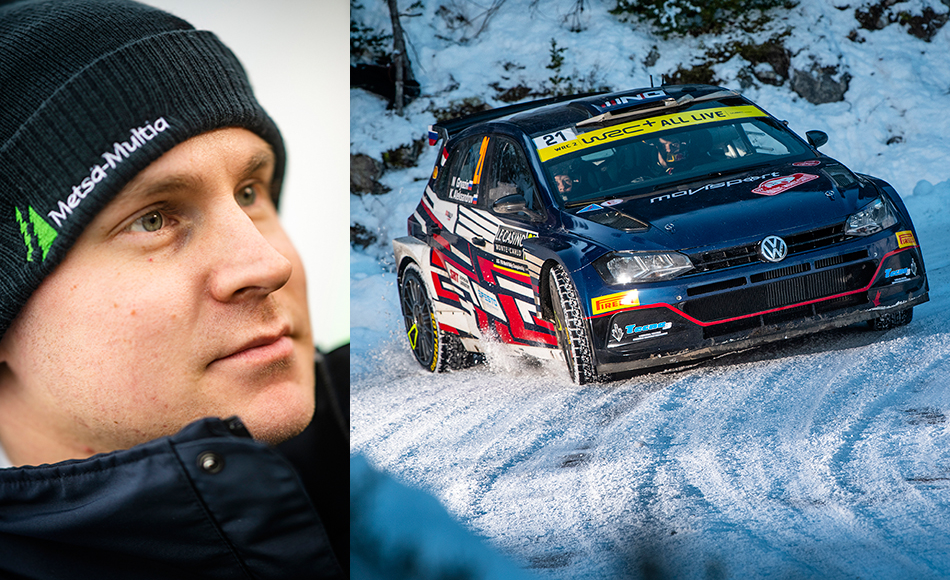 Esapekka Lappi will drive a Volkswagen Polo GTI R5 at the Arctic Rally Finland this month.

Lappi was left out of a seat in the WRC this season after leaving M-Sport at the end of last year. However, the 30-year-old will be back at a WRC-rally driving in WRC2 at the Arctic Rally Finland. The car will be run by the Italian Movisport team, meaning that the Finn will be Nikolay Gryazin’s team-mate for the winter rally. According to Finnish media, Lappi is to drive a Polo of the Finnish Printsport team, but will be entered as Movisport to be able to contest as a WRC2-entry.

Lappi said on Twitter:
“Arctic rally in 2010 was the first one as a pair for me and Janne [Ferm]! Great memories, aside from results. But we won the race in 2012! Let’s see if we can repeat this year in WRC2. Snow banks, the real winter routes and loads of fun – let’s gooo!”