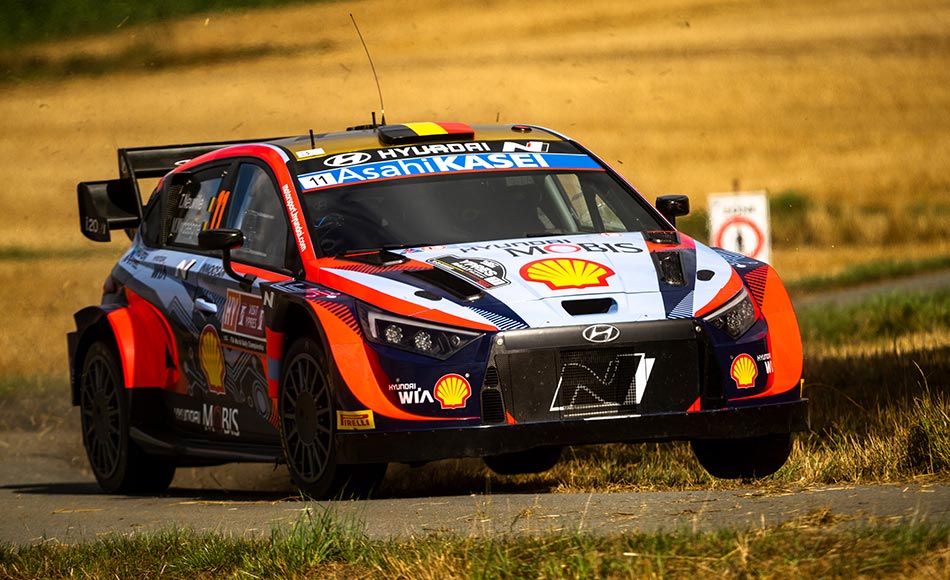 The battle for the manufacturers’ crown in the 2022 FIA World Rally Championship reaches a potentially decisive point in Spain this week as just two teams remain in contention for the crown ahead of RallyRACC – Rally de España (20 – 23 October).

Toyota Gazoo Racing can seal its second title in as many years at this penultimate round. The only squad able to prevent that from happening is Hyundai Motorsport, which trails the former by 81 points.

With such an advantage, a trouble-free outing for Toyota should be sufficient to get the job done. But Hyundai has a trick up its sleeve: Thierry Neuville.

For two editions on the bounce, the Belgian has been the man to beat on the smooth asphalt roads in the hills behind the Costa Daurada, south of Barcelona. Going three in a row would be a big boost for his Korean manufacturer squad.

“It would be nice to take a third win in a row in Spain,” he said. “We’ll certainly be aiming to fight at the front and finish the event on the podium again.

“Being quick here is all about getting a good set-up and finding a nice flow with the car – then pushing as hard as you can. We’ll try our best to secure a good result for the team.”

Neuville is joined by i20 N colleagues Ott Tänak and home hero Dani Sordo, who has finished on the podium at the last six rallies he has contested.

Toyota’s charge is led by Kalle Rovanperä, who became the youngest WRC champion in history at Repco Rally New Zealand earlier this month.

The Finn and team-mates Sébastien Ogier and Elfyn Evans are the men charged with keeping Hyundai at bay, while Takamoto Katsuta drives a fourth GR Yaris under Toyota’s Next Generation banner.