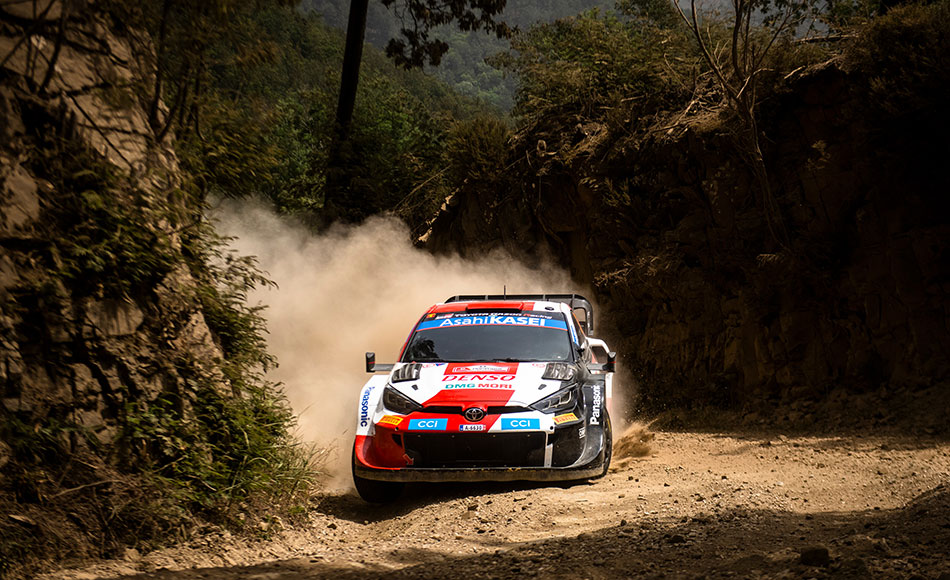 A furious fight in the morning became a matter of survival this afternoon as heat, dust and punishing rock-strewn roads took a heavy toll in this first gravel fixture of the FIA World Rally Championship season.

Evans won four of the eight special stages in his GR Yaris to head his Finnish colleague, who twice topped the timesheets, by 13.6sec after almost 125km of action.

The Welshman’s low start position meant he enjoyed the benefit of better grip on roads swept clean by the early starters. In contrast, championship leader Rovanperä endured the worst conditions from first in the running order.

Evans demoted Thierry Neuville, who led after Thursday night’s short speed test in Coimbra’s streets, with an opening stage victory. He won the next, too, but was powerless to halt a charging Sébastien Loeb who snatched a 0.5sec advantage.

When Loeb slammed his Ford Puma into retirement against a wall just metres into the next stage, Evans was back ahead and avoided multiple hazards on the deteriorating roads.

“They were quite extreme conditions,” he said. “Everybody was trying to pick a way through and to a point it was a lottery but, of course, you have to try to drive as quick as you can as well. You can always say you could have gone faster, but would you still be here or not?”

Second was beyond Rovanperä’s hopes. “We were scooping a lot of dust into the car. Sometimes I couldn’t really breathe or see anything” he smiled.

Season debutant Dani Sordo was third in a Hyundai i20, half a minute behind. The Spaniard had 5.2sec in hand over Takamoto Katsuta in another GR Yaris, the Japanese driver handing that time away with a spin.

Sébastien Ogier was on course to make it a great day for Toyota Gazoo Racing as he steered his GR Yaris into third. Two afternoon punctures stranded the Frenchman roadside with no more spare wheels onboard.

Twice Gus Greensmith had a tyre come off the rim on his Ford Puma. His progress was further stifled when dust filled the cockpit but the Briton persevered to hold fifth, a minute off the lead.

M-Sport Ford team-mate Pierre-Louis Loubet was sixth, the Frenchman’s hopes of a top three ending when he overshot a penultimate stage junction.

If Friday was tough, Saturday is even more daunting. Almost half the rally’s competitive distance is packed into two loops of three speed tests in the Cabreira Mountains. Crews have the respite of mid-leg service and a coastal street stage in Porto ends the day after almost 165km of action.