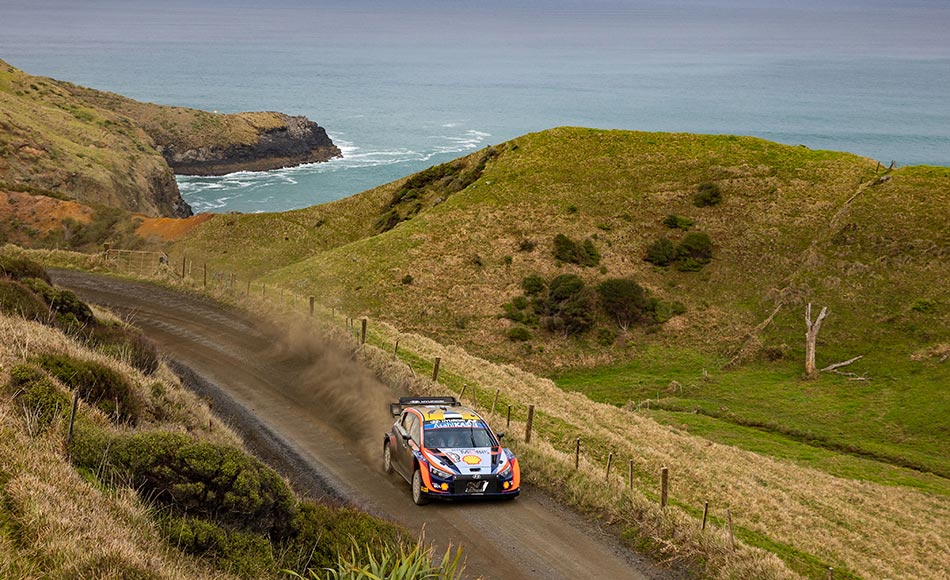 The five-second penalty demotes Tänak from first to second heading into Saturday, promoting Toyota’s Elfyn Evans to first. The Welshman starts Saturday’s leg with a 4.8s advantage over Tänak.

Since the introduction of hybrid power this season, every stage has a (different) maximum energy release assigned coming from the hybrid unit. This hybrid boost is determined ahead of the rally by the event organisers.

On Tänak’s car, the maximum hybrid boost on Thursday’s opening Super Special stage in Auckland was exceeded twice: 241.03 kJ and 242.04 kJ were measured while the maximum value was 240 kJ.

On Neuville’s car, the maximum value was exceeded once, with a value measured at 243.83 kJ.

The maximum hybrid boost permitted for SSS1 was amended from 250 kJ to 240 kJ for SSS1 as the organisers communicated the new maximum boost, alongside new values for SS4/7 and SS15/17, via a bulletin last week.

Hyundai Team Manager Pablo Marcos apologised for the mistake and states that the infringement was due to human error. The Stewards’ decision reads: “Mr. Marcos accepted the values measured and admitted that one of their engineers had made a mistake as he was not aware that the original maximum value of the hybrid boost for SSS1 had been changed in Bulletin No. 2, which was published on 21st September 2022. He apologised for this mistake which was due to human error.”

Tänak and Neuville were both penalised five seconds. The Stewards considered that the infringements were “negligible,” but “was nevertheless exceeded,” hence they chose for a five-second penalty, “also considering that it is the competitor’s responsibility to ensure compliance of the car at all times.”

* Updated standing heading into Saturday, with penalties applied for Tänak and Neuville.