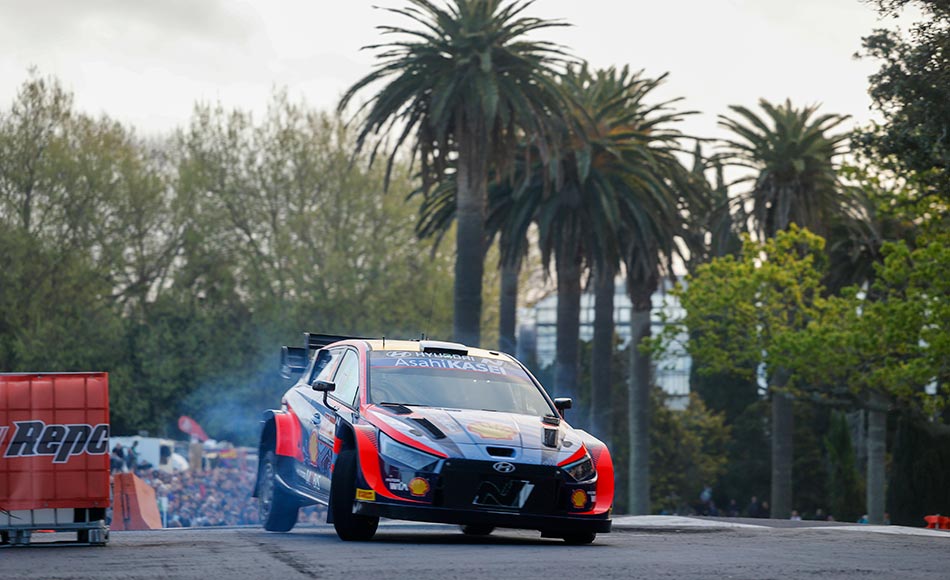 Tänak was 0.9s faster than M-Sport’s Craig Breen in the unrepresentative Auckland Super Special. Thierry Neuville set the third fastest time, 1.6s down on his team-mate Tänak, but four-tenths ahead of Takamoto Katsuta.

Elfyn Evans followed in P5, two tenths shy of Katsuta and 0.4s ahead of championship leader Kalle Rovanperä. Rovanperä, who was fastest in shakedown earlier on Thursday, could clinch the title in New Zealand when he outscores Tänak by eight points this weekend.

Gus Greensmith was P7 with his Ford Puma, 1.6s in front of Sébastien Ogier and Oliver Solberg who shared P8 in the 1.78 km long Super Special.

Ogier last competed at the Safari Rally Kenya, some three months ago, but looks to fight for his first win with hybrid power this weekend: “I want to fight for the top positions and for the win if we can. Hopefully our road position can help us a bit in the beginning and I will give it everything,” the eight-time WRC champion said.

Home hero Hayden Paddon rounded off the top 10 with a Hyundai i20 N Rally2, 1.8s ahead of two-time Supercars champion Shane van Gisbergen, who makes his WRC debut this weekend.