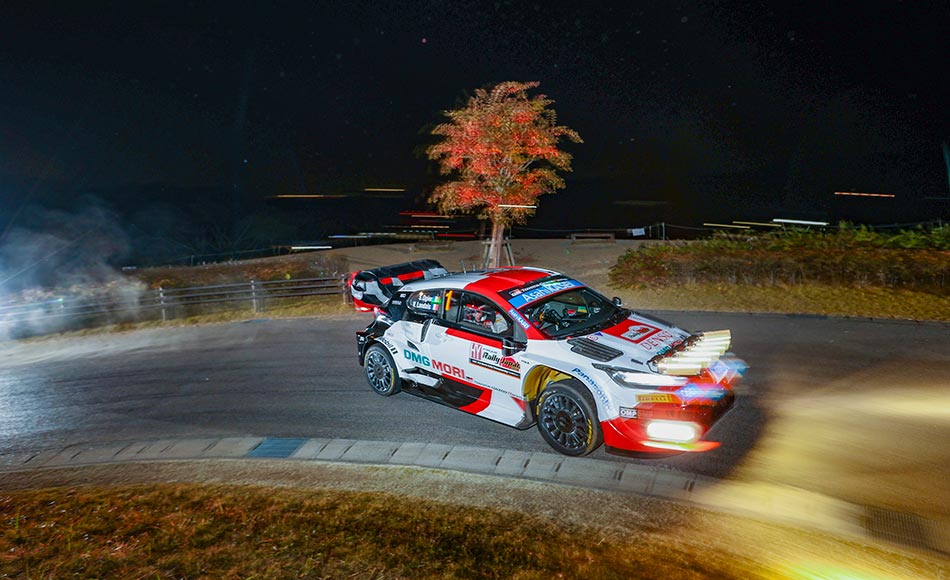 Karugaike Park was the first stage in Japan at rallying’s top-level since 2010. The stage, which was driven in opposite direction compared to shakedown earlier on Thursday, was won by Toyota’s Sébastien Ogier. Ogier is driving with a new co-driver this weekend as Vincent Landais in the hotseat replacing Benjamin Veillas.

Craig Breen, who also has a new co-driver this weekend in James Fulton, set the second fastest time. The Irish crew was 0.1s slower than Ogier and a tenth faster than Ott Tänak.

Thierry Neuville shared the fastest time in shakedown with Elfyn Evans and was fourth fastest in SS1, 0.3s adrift of Ogier and 0.3s ahead of this year’s world champion Kalle Rovanperä.