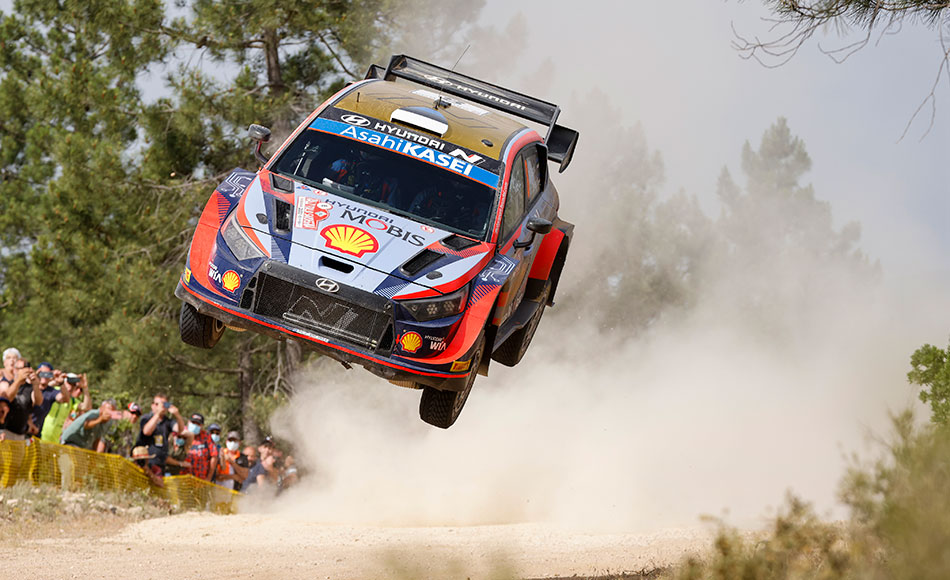 Ott Tänak has won Rally Italia Sardegna 2022, the fifth round of the 2022 WRC season, in dominant fashion to jump to third in the championship standings.

It means that now all manufacturers have won a rally since the introduction of the new Rally1 regulations.

Tänak was second after Friday’s stages as he was battling for the lead with Toyota driver Esapekka Lappi, the difference being just 0.7 seconds.

Lappi went off the road on the opening stage of Saturday, allowing Tänak to take over the lead. A dominant day followed for Tänak in which he won six of the seven stages.

Sunday was a formality for the Hyundai driver as he defended a 46-second lead. His lead wouldn’t come in danger and he took his first rally win of the season.

Championship leader Kalle Rovanperä finished fifth and extends his lead over his closest rival in the WRC standings to 55 points. See the full updated championship standings below.

Thierry Neuville took the Power Stage win and takes the five bonus points to keep his second place in the championship standings. Rovanperä, Evans, Lappi and Katsuta were the other (bonus) points scoring drivers in the final stage of the event.

Rovanperä keeps a commanding lead in the championship after Rally Italia Sardegna. In fact, he extended the points gap with his closest rival Neuville to 55 points. Tänak moves up to P3 in the standings, just 3 points behind his Belgian team-mate. Breen moves up one place to fourth on 52 points, 10 points behind Tänak and 5 points ahead of Katsuta who drops from third to fifth.

WRC 2022 Manufacturers’ Championship standings after Round 5/13