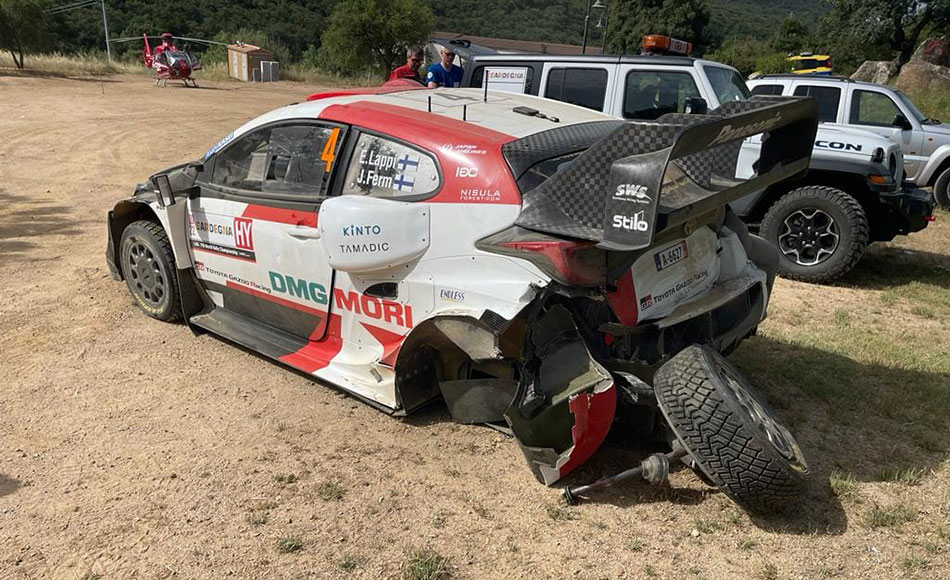 Lappi, leader of the rally at the start of Saturday, went off the road in the first SS of the day. The Finn hit a compression in a narrow section after which some impacts followed. The impacts broke the rear-left wheel as well as the suspension from the Toyota, while the rear-right suspension was also damaged. Lappi and co-driver Ferm were unhurt, but the crew had to retire.

Hyundai driver Thierry Neuville rolled his car in SS12 this morning. The crew managed to get the car back on four wheels and continued with reduced pace, albeit seven minutes off the pace.

Eventually, the Belgian had to pull his car over as smoke was coming from the bonnet: game over.

Ott Tänak won three of the four stages of Saturday’s morning loop to extend his lead to 30.9 seconds. Craig Breen is second, 10.3s ahead of Dani Sordo. Pierre-Louis Loubet is 14 seconds adrift of Sordo in fourth, followed by his countryman and team-mate Adrien Fourmaux. Championship leader Kalle Rovanperä is sixth in the standings, 5.5s ahead Takamoto Katsuta.