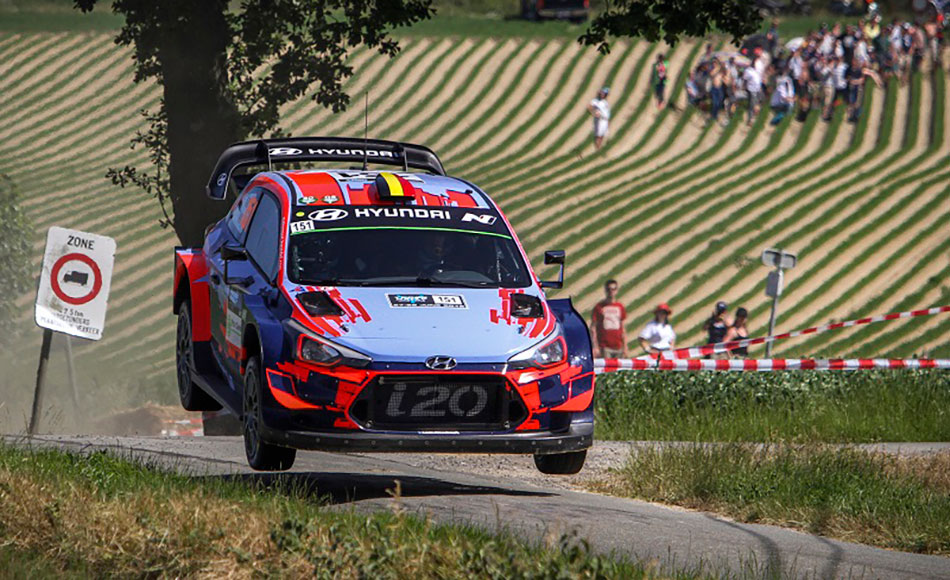 Belgium becomes the 35th country to stage a round of the World Championship this weekend. Home hero Thierry Neuville needs a good weekend to keep his title aspirations realistic.

Neuville won the Ypres Rally once in 2018 with the Hyundai i20 R5. The Belgian is not the only WRC-driver to win the rally however, as his Hyundai team-mate Craig Breen won the latest edition of the event in 2019. Neuville and Breen are the most experienced drivers at this event which is famous for its deep cuts and ever changing conditions between loops as dirt gets thrown on the asphalt.

The weekend gets underway on with Friday morning’s Shakedown for the WRC-crews. The real competitive action starts on Friday afternoon with the 15 km long Rening-Vleteren stage. Friday’s running consists of four stages which will be run twice. The 23.62 km around the Kemmelberg is the longest stage of the day. The final stage of the day starts at 20:48, some WRC-crews will be driving in proper sunset conditions which could make things tricky.

Saturday starts with the longest stage of the rally: Hollebeke. Four different stages are scheduled which will all be run twice.

Sunday’s itinerary is a unique for Ypres Rally, as the drivers head to the other side of the country for the final four stages of the rally on and around the Spa-Francorchamps racing circuit. The drivers have a liaison of around 300 kilometers from Ypres to Spa which means an early start of the final day.

The Power Stage, scheduled to start at 12:18 local time on Sunday, is 11.21 km long and finishes at the Spa World Rallycross track, just outside the famous Eau Rouge corner.

Hyundai’s line-up for Ypres is Thierry Neuville, Ott Tänak and Craig Breen. M-Sport have entered two cars in Belgium with Gus Greensmith and Adrien Fourmaux. The final WRC-car is driven by Pierre-Louis Loubet

WRC3 Championship leader Yohan Rossel is the only driver in WRC3 top 10 standings who will compete in Ypres this weekend. The Frenchman won’t have an easy task to win in WRC3 this however, as the top contenders of Belgian national championship are entered in WRC3. Ghislain de Mévius, Kris Princen, Sébastien Bedoret and Vincent Verschueren known the stages around Ypres very well and could even be challenging for the fastest overall Rally2-car of the whole field.

The full JWRC field is in Ypres for the penultimate round of the championship. Championship leader Sami Pajari and Martins Sesks are only four points adrift from each other. Jon Armstong is third in the championship, 11 points behind Sesks.

The itinerary of the rally can be found here.