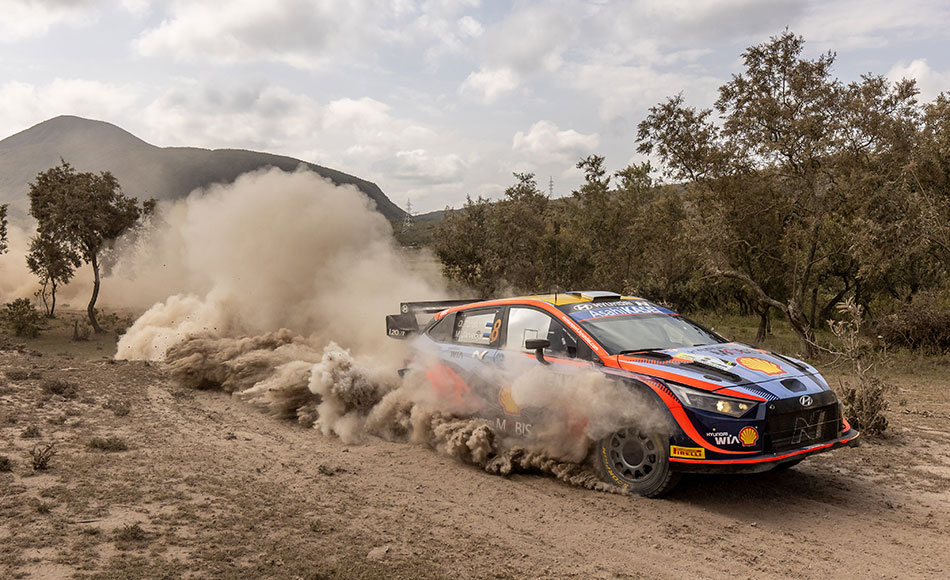 Ott Tänak is out of contention for a podium finish at this weekend’s Safari Rally Kenya thanks to technical problems with his Hyundai i20 N Rally1.

It went wrong in the final part of SS10, Sleeping Warrior, as his Hyundai started to make bad engine noises. He stopped, started moving shortly afterwards, and then stopped again to investigate the problem.

Hyundai issued a short statement on Tänak’s problems and confirmed that it’s game over for Rally Italy’s winner: “Unfortunately, Ott Tänak & Martin Jarveoja are forced to retire for the day at WRC Safari Rally Kenya due to a technical problem. The car will be brought back to service, and the issue will be further investigated.”

Tänak was the highest placed Hyundai in the overall standings. His teammate Thierry Neuville inherits fourth place and is 7.4s behind Toyota driver Takamoto Katsuta.

M-Sport drivers Gus Greensmith and Adrien Fourmaux were also forced to retire in Saturday’s morning loop. Greensmith rolled in today’s opening stage and eventually had to retire due to engine cooling issues. Fourmaux punctured in the opening stage, changed the puncture, and then broke the suspension of his Puma Rally1.