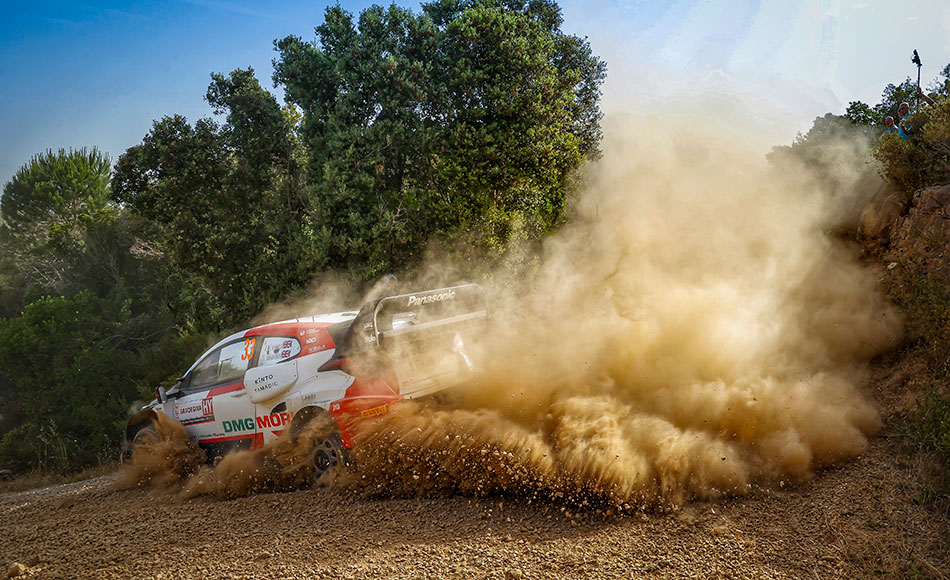 The Welshman clocked the fastest time in SS3, Friday’s opening test, and led the rally by 4.7s ahead of Hyundai driver Ott Tänak.

In SS3, a “big impact” caused a water leak which increased the water temperature of his Toyota. Evans completed the stage and only dropped to P3 overall. However, he arrived at the stop-line in EV mode and had to leave immediately due to the problems. Toyota later confirmed that Evans was withdrawing from the rally for today in the regroup after SS3.

After SS3, Esapekka Lappi leads the Rally Italia Sardegna. The Finn has a lead of 1.9s over Ott Tänak.