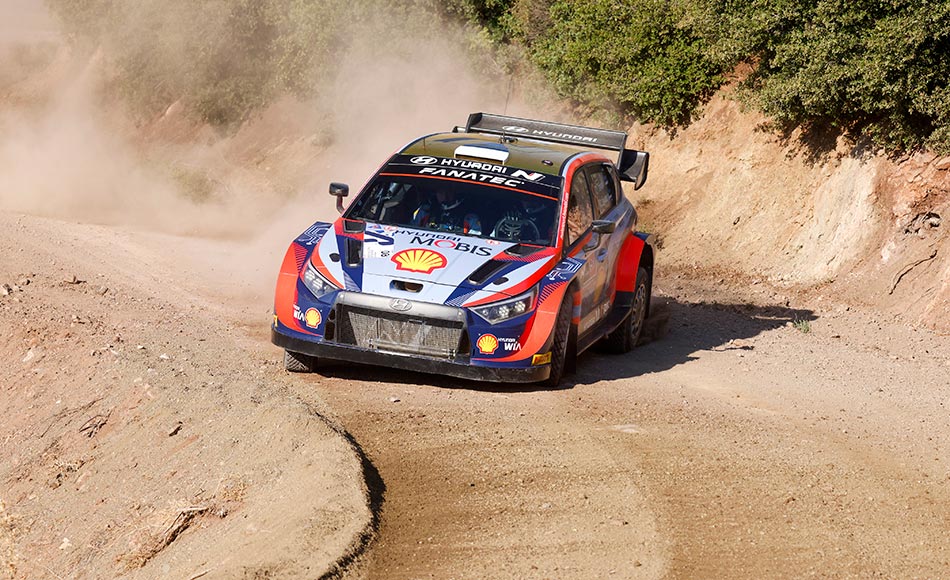 Ott Tänak set the pace in shakedown ahead of Acropolis Rally Greece, round 10 of the 2022 WRC season.

Tänak, winner of the last two rallies in Finland and Belgium, led a Hyundai 1-2 in the 3.62 km long Lygaria shakedown ahead of Thierry Neuville.

M-Sport’s Craig Breen was third fastest, 0.9s adrift of Tänak and just a tenth ahead of Spain’s Dani Sordo who made it three Hyundai’s in the top 4.

Pierre-Louis Loubet returns to M-Sport’s line-up after being absent in Ypres last time out. The Frenchman was P7, four tenths behind Rovanperä. Elfyn Evans followed in P8, ahead of Gus Greensmith and nine-time WRC champion Sébastien Loeb who also returns in M-Sport’s line-up.

Loeb completed just two runs through shakedown, whereas all other Rally1-crews did three runs. Takamoto Katsuta was the slowest driver in a Rally1-car in P11.

Acropolis Rally Greece start this evening with Super Special Stage in the Athens Olympic stadium. First car will be in the stage at 20:08 local time (19:08 CEST, 18:08 BST).