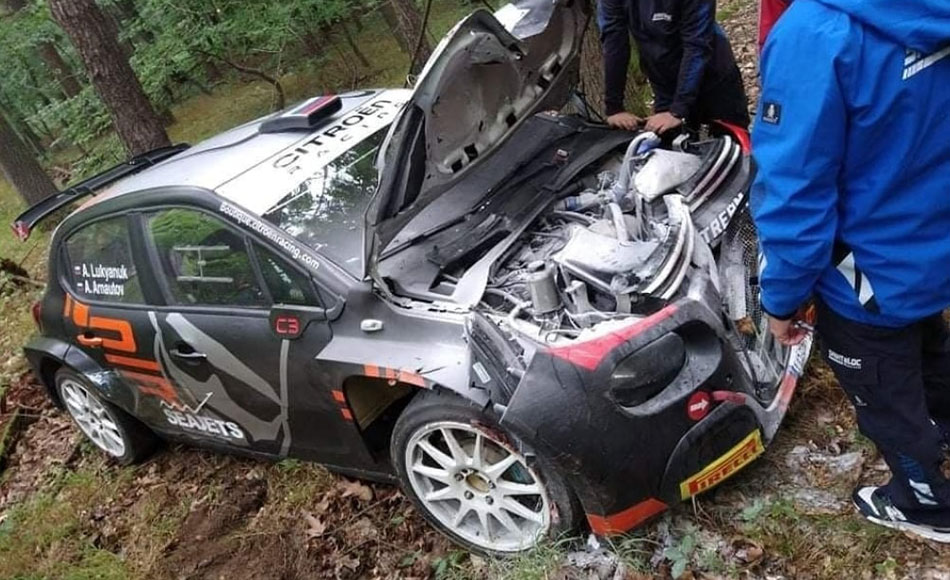 The Russian took part in the official testing session on Wednesday and damaged his Citroën C3 Rally2 too badly to start the rally on Friday.

There is no replacement car ready to use and Lukyanuk is therefore forced to withdrawn. Citroën Racing released a short statement: “Following an accident during testing Alexey Lukyanuk and Alexey Arnautov will not take the start of the rally. The crew is OK.”

Lukyanuk holds an one point lead in the championship standings ahead of Andreas Mikkelsen.