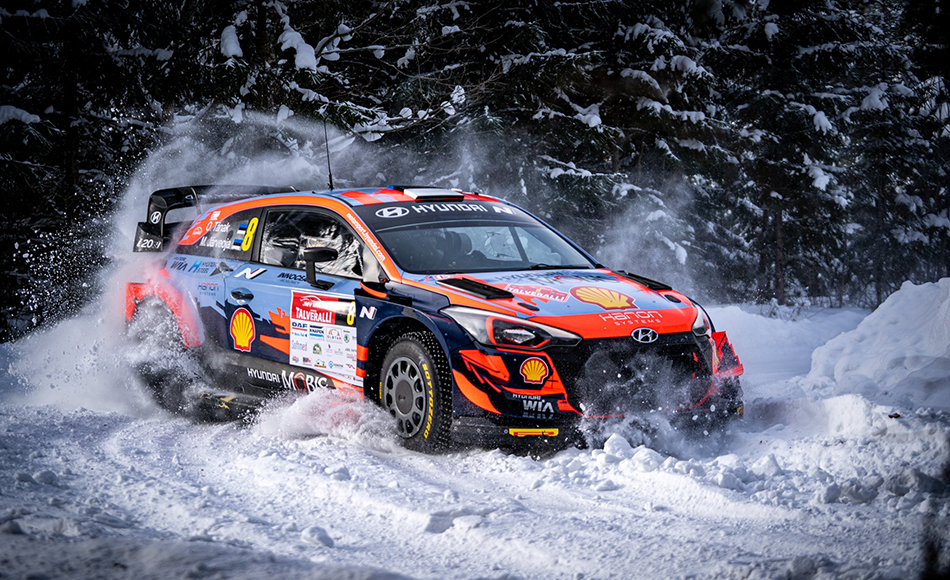 Ott Tänak has won the Otepää Winter Rally on Saturday in a dominant way.

Tänak won all eight stages of the Estonian event and finished 33.4 seconds ahead of his Hyundai team-mate Thierry Neuville. Tänak and Neuville used the rally to get more mileage ahead of the Arctic Rally Finland in two weeks.

Neuville came close to winning a stage as the Belgian was only 1 second and 0.8 seconds off Tänak’s pace in SS6 and SS7 respectively. Georg Gross completed the podium in a Ford Fiesta WRC. Egon Kaur finished fourth and was the fastest Rally2 car of the field.

WRC2-driver Nikolay Gryazin also competed in the Otepää Rally as a test event before Arctic, but crashed his Volkswagen Polo R5 in SS4.