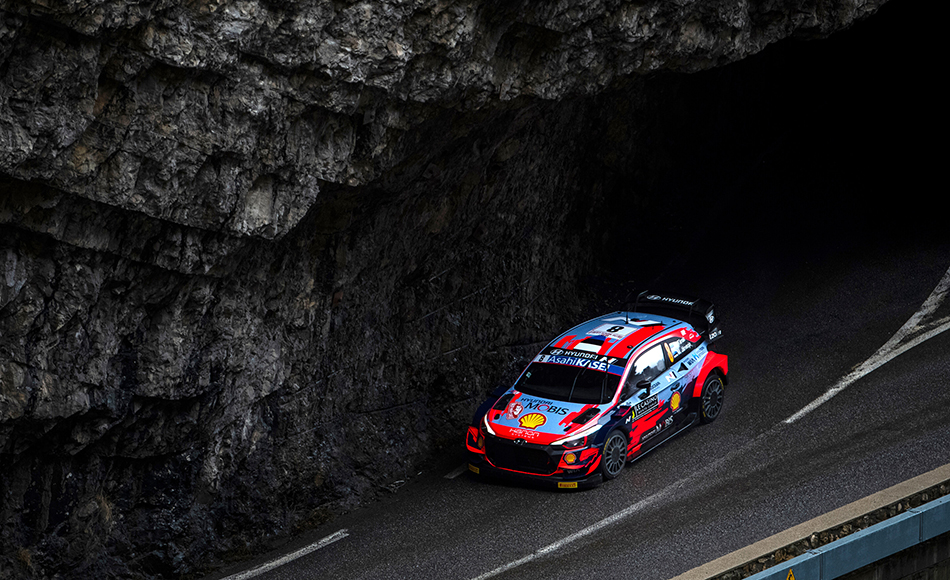 Tänak holds a 3.3 second lead over the Toyota’s Kalle Rovanperä. Rovanperä was very happy with his performance today by saying: “I was surprised how good the feeling was with the pace notes and everything. The gravel crew is doing a good job so we have to continue like this.”

Third overall is Elfyn Evans in his Toyota. The Welshman is 8.5 seconds off Tänak. Thierry Neuville, who drove his first kilometres with his new co-driver Martijn Wydaeghe, is fourth overall after SS2. The Belgian stands 16 seconds behind his Tänak. Reigning champion Sébastien Ogier is fifth overall, 9 tenths behind Neuville.

There is a big gap between Ogier and Sordo who’s sixth. The Spaniard said he was hearing ”something strange” at SS2 stage-end. Sordo is 42.7 seconds off the lead after SS2. Pierre-Louis Loubet is seventh overnight in his Hyundai i20 Coupé WRC (+1:07.8).

Andreas Mikkelsen is in eighth place overall after today’s stages. His WRC2-rival Adrien Fourmaux is ninth overall, just 8.9 seconds behind Mikkelsen. Fourmaux, driving a Rally2 Ford Fiesta, is the first Ford in the overall standings, as Gus Greensmith lies in tenth overall in his Ford Fiesta WRC.

It’s a rather short night for the crews. As SS3 starts tomorrow at 6:10 AM local time. A total of 5 stages are scheduled for tomorrow, covering 104.7 kilometres against the clock. Follow the rally via our Twitter or keep up-to-data with updates on Rallysupport.com or our Facebook-page!