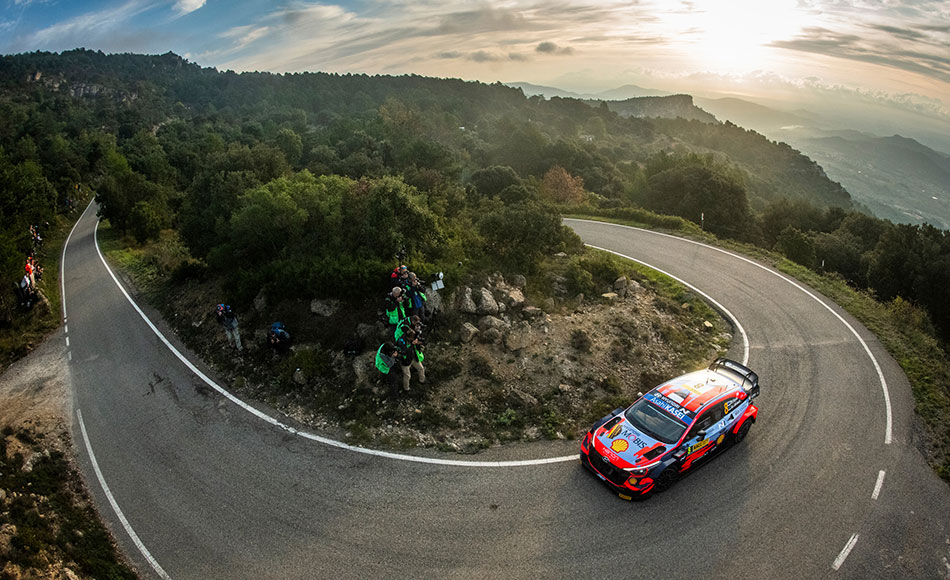 Ott Tänak has crashed out on SS4 at WRC Rally Spain. The Estonian was running in P6 before his off.

Tänak had a high speed spin in SS2 this morning but managed to keep his car on the road. In SS4 however, Tänak didn’t get away with another moment. The 2019 WRC champion went off about 3.5 kilometres from the start of the opening stage of the afternoon loop.

Hyundai confirmed that Tänak and co-driver Martin Järveoja are OK after the incident.

After SS4, Elfyn Evans leads Rally Spain by 7.6 seconds over Hyundai’s Thierry Neuville. Sébastien Ogier sits in P3, 15.6 seconds behind Evans. Dani Sordo is fourth, 22.2 seconds adrift of the leader. The top 5 is concluded by Kalle Rovanperä, who is exactly half a minute behind his leading team mate.