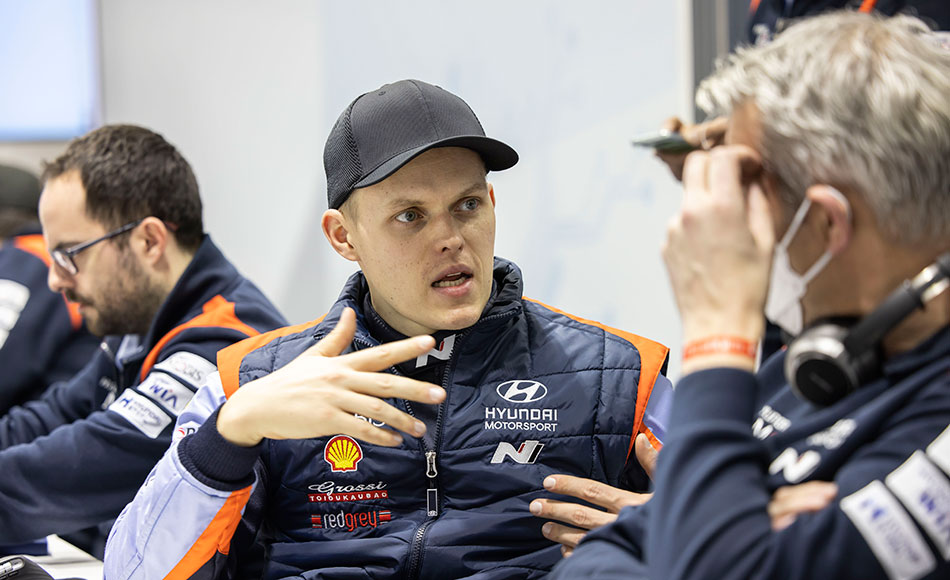 Ott Tänak is forced to retire for the day following his impact in stage 11 on WRC Rally Monte Carlo.

Tänak and teammate Thierry Neuville gambled to run no snow or studded tyres in the icy SS11. The Estonian went wide in a right-hander which compromised him for the following left-hand turn. Tänak avoided the ditch and chose to stop his car against a wall. He was able to continue the stage without losing much time. However, moments later he ran into trouble as a fluid spilled on the car’s window.

There is no service in the afternoon and Hyundai confirmed that Tänak will not return to the stages today: “Following front impact on stage 11 of Rallye Monte-Carlo Ott Tanak was forced to retire on the road section for the day.”

Sébastien Ogier leads the rally at the Saturday lunch break. The reigning WRC champion has a 5.4 second lead over Sébastien Loeb.

Hyundai Motorsport has confirmed that Tänak won’t restart on Sunday: “Following investigation on car #8, we can confirm that unfortunately Ott Tänak and Martin Järveojä are forced to retire from Rallye Monte Carlo.”