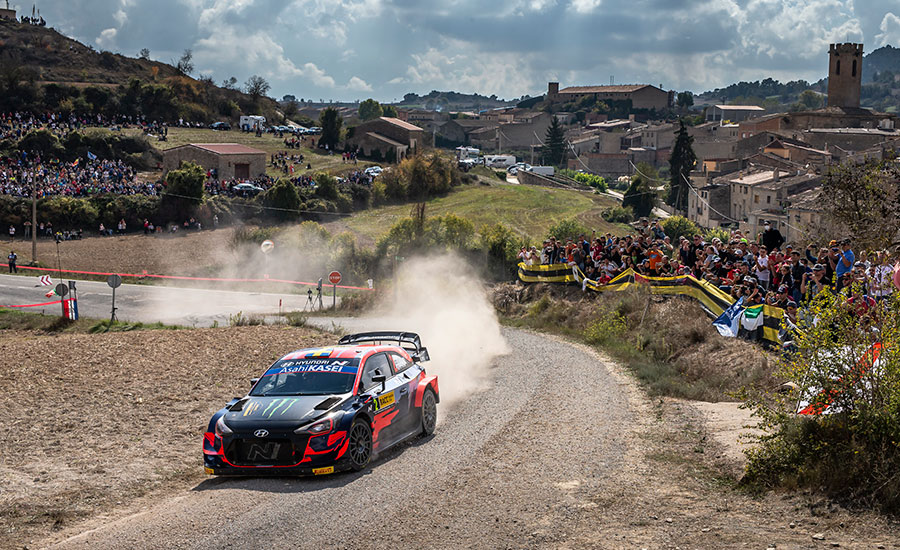 Oliver Solberg will make his fourth appearance in a Hyundai i20 Coupé WRC at a World Rally Championship event at next month’s Rally Monza.

Solberg debuted in a World Rally Car at February’s Arctic Rally Finland with seventh place overall. The 20-year-old made his second appearance at Safari Rally Kenya. Chassis damage sustained after hitting a bank on day one meant his rally was over early on. At Rally Spain this month, Solberg finished seventh overall on his third WRC-rally in a i20 Coupé WRC.

In 2022, Solberg steps up to a factory drive for Hyundai Motorsport in the WRC. The Swede will share the third car with Dani Sordo.

The drivers’ and manufacturers’ titles are to be deciced at the final rally of the season at Rally Monza.