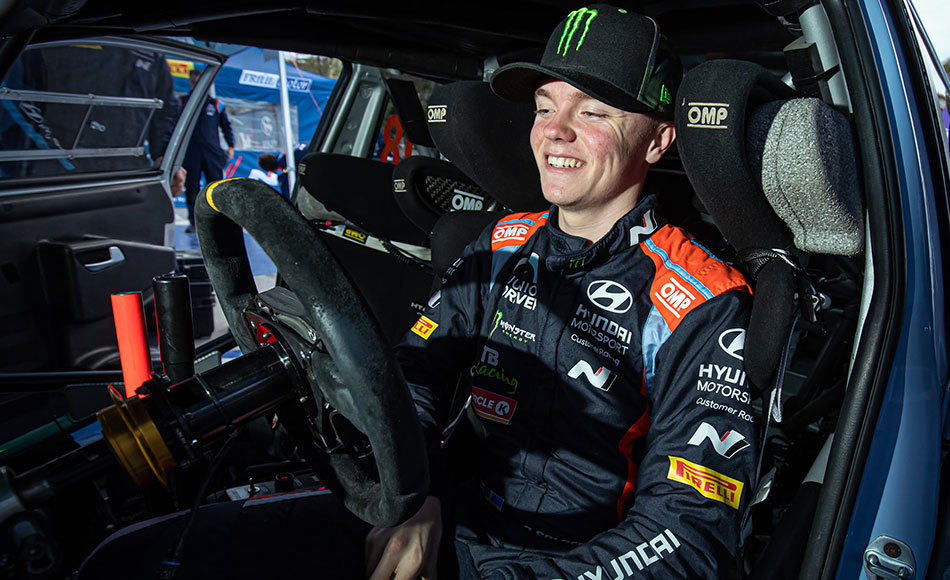 The 19-year-old was forced to withdraw from Rally Italia Sardegna earlier this month. Hyundai has hinted to a possible replacement rally for Solberg Jr. after his missed opportunity in Italy. This opportunity comes earlier than expected as he will drive a 2C Compétition run Hyundai i20 Coupé WRC in the Safari Rally, replacing Pierre-Louis Loubet.

The Safari Rally organisation confirmed the driver change on its website last night. “Hyundai WRC 2 team car number 7 has changed the crew from Driver Pierre-Louis and co-driver Florian Haut-labourdette both from France to Oliver Solberg (Swedish) and co-driver Aaron Johnston (Ireland). The car, a Hyundai i20 Coupé [WRC], remains intact.”

Solberg made his top-level WRC debut at February’s Arctic Rally Finland and finished in seventh overall. He competes for the first time on tarmac with the Hyundai i20 Coupé WRC in this weekend’s Rally di Alba (Italy).