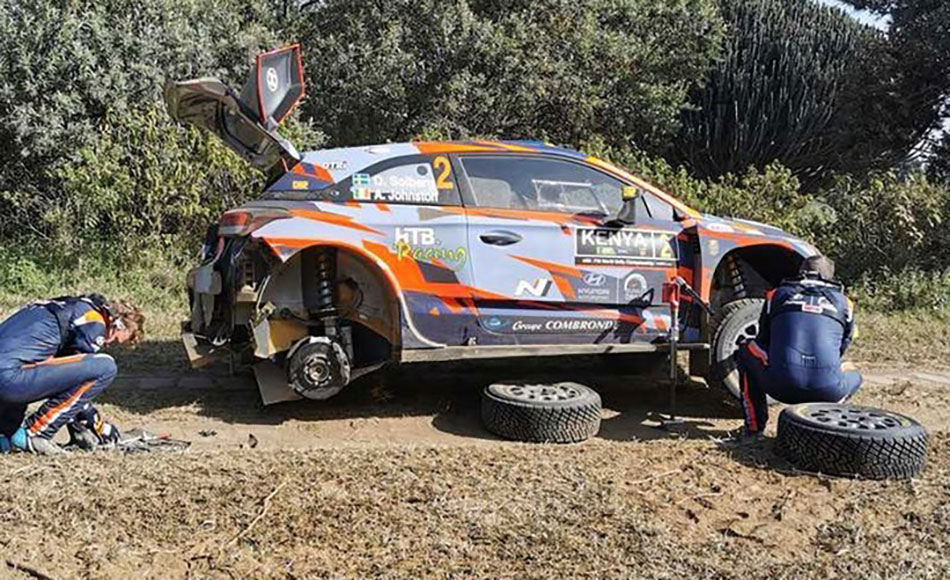 The first Safari Rally Kenya since 2002 proves to be a challenging one. Oliver Solberg and Lorenzo Bertelli are the third and fourth WRC-crews to retire in the first loop after Evans and Sordo.

Solberg had a heavy impact in SS2, the opening stage of the day. On the road section to SS3 he made further repairs in an attempt to fix the car. The 19-year-old managed to start SS3, albeit 30 minutes behind his designated start time. Despite a damaged rear right suspension, Solberg managed to limp through SS3 and SS4, losing over half an hour in the two stages combined.

“The chassis is too damaged and we can do no more so we have to retire from the rally.” said Solberg Jr. on social media.

Lorenzo Bertelli also retired in the morning loop due to a water leak, resulting in the engine of his Ford Fiesta WRC to overheat. “We’ll bring the car back into service and will repair it to rejoin the rally tomorrow.” concluded the Italian.

Thierry Neuville leads the rally after the morning loop. Sébastien Ogier suffered suspension damage in SS3 and had to nurse the issue through SS4. The championship leader is seventh overall and the last WRC-driver in the field, over two minutes behind leader Neuville.