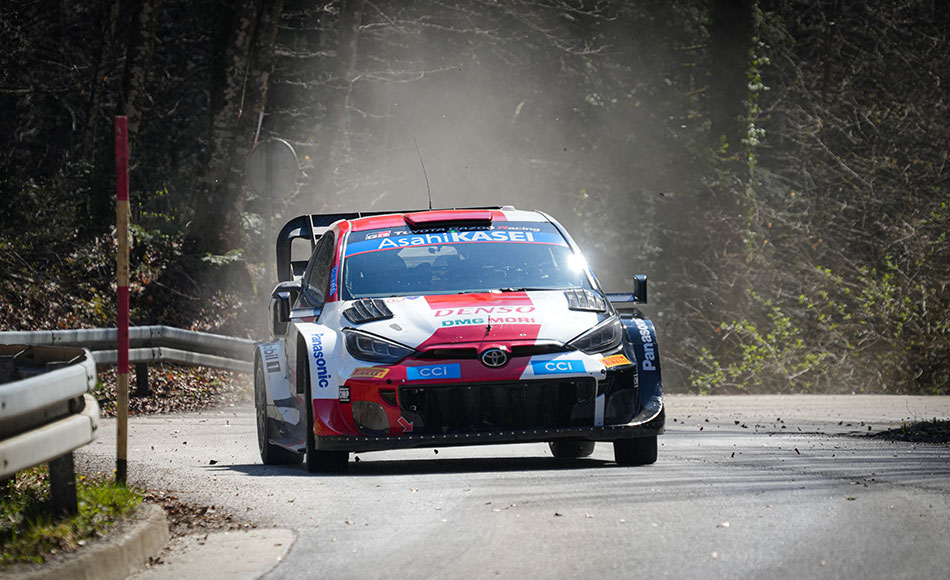 WRC points leader Kalle Rovanperä set the fastest time in shakedown this morning at Croatia Rally, round 3 of the 2022 World Rally Championship.

Like last year, the 21-year-old heads into Croatia Rally as the championship leader. Rovanperä set a time of 1:52.5 in the 3.65 km long shakedown, four-tenths quicker than Hyundai’s Thierry Neuville. Ott Tänak needs a big weekend in Croatia as he is 11th in the championship standings with just 5 points to his name, already 41 points behind Rovanperä. The Estonian was third fastest in shakedown, 0.8s adrift of Rovanperä.

Craig Breen had a weekend to forget in Sweden almost two months ago as he crashed out in stage 2. The M-Sport team leader was joint fourth fastest as Esapekka Lappi set an identical time, 1.3s of the pace.

Three drivers, Oliver Solberg, Eflyn Evans and Gus Greensmith, set a time of 1:54.8, a second back from Breen and Lappi. Pierre Louis Loubet kicked off his WRC debut at the M-Sport Ford World Rally Team with P9 in shakedown, a tenth behind Solberg, Evans and Greensmith. Another tenth behind was Japan’s Takamoto Katsuta in the Toyota GR Yaris Rally1. 11th fastest and final Rally1-car driver was Adrien Fourmaux, 0.9s behind Katsuta’s time.

Fastest in WRC2 was Stéphane Lefebvre in the C3 Rally2, 0.7s ahead of his countryman Eric Camilli.