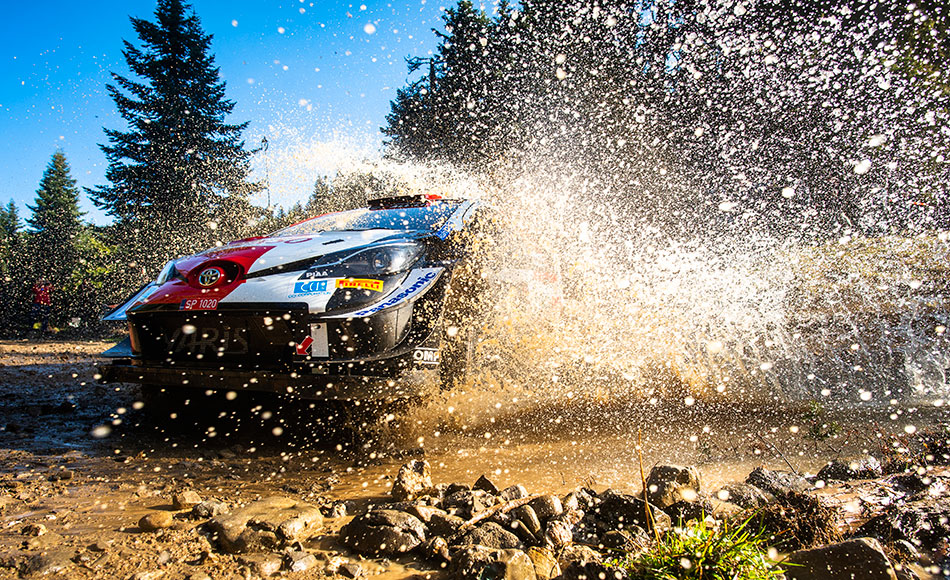 Rovanperä started the day with a small advantage of 3.7 seconds over Tänak and 3.9 seconds over Ogier. But has extended his lead to 39.7 seconds in a dominant way, thanks to his four straight stage wins. “I feel good. Especially when this [SS10] was the hardest stage of the loop for me. At the beginning, I didn’t have any pace or rhythm, so it was difficult. But after that I managed to find the rhythm a bit and I tried to save the car a bit because it’s rough out there. I think this one is going to be rough second time. The first one of the loop will be quite okay, but this will be tough.” said Rovanperä at the end of the loop.

Tänak and Ogier are still close to each other in the standings, with Ogier 3.6 seconds adrift of Tänak after 10 stages. Dani Sordo is still fourth for Hyundai, just over a minute and a half behind Rovanperä. M-Sport’s Adrien Fourmaux and Gus Greensmith are fifth and sixth in the standings. Fourmaux holds a 17.3 seconds advantage over his team-mate, but is over a minute behind Sordo.

The final stage of the loop was red flagged after the WRC runners due to ‘bad positioning’ of spectators. All cars after Rovanperä will receive a notional time.