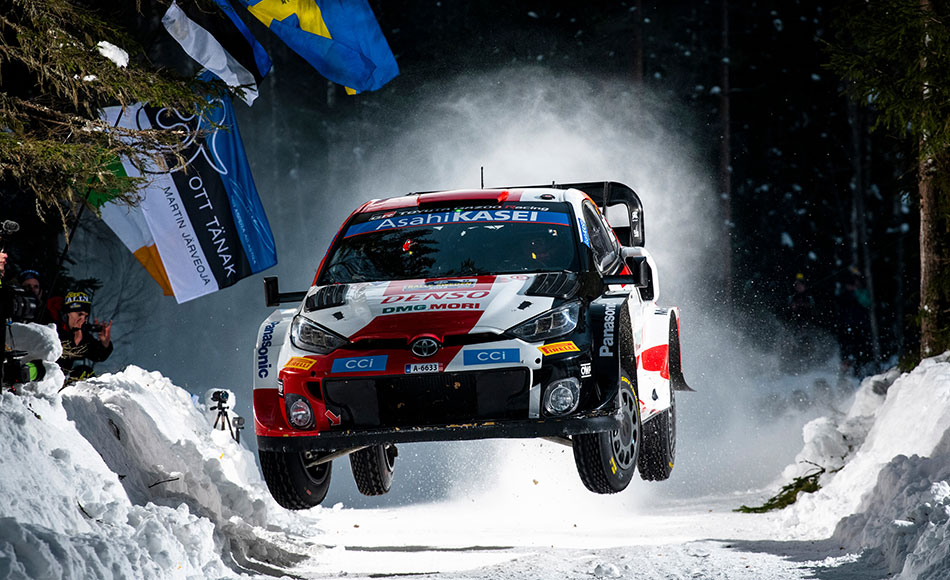 Rovanperä took the lead after the first stage on Saturday morning and did not give it away. In the end, the 21-year-old won the rally with a 22-second margin over Thierry Neuville who is now second in the championship standings. Esapekka Lappi completes the podium on his return at a factory team to the top level of rallying.

Elfyn Evans was in a close battle with Rovanperä all through Saturday but made a mistake in the final corner of Saturday’s final stage and went over a snowbank when crossing the finish line. Evans was penalised 10 seconds as he reached the Stop Control “where the parallel road merged with the defined roadway and the co-driver exited the car to receive their time.”

The Stewards said that “by entering the last corner at high speed, the crew gained a time advantage when crossing the flying finish, as the finish line was located just at the exit of that corner.”

Evans’ penalty meant that Rovanperä had an 18.3s advantage at the beginning of the final day. In the opening stage of the final day, Evans oversteered wide in a left-hand corner and hit the snowbank which damaged the radiator of his GR Yaris Rally1. The Welshman was forced to retire not much later and is now a massive 42 points behind Rovanperä in the championship after two rounds.

Next up on the 2022 WRC calendar is Rally Croatia from April 21 to 24. In the meantime: Keep up-to-date with the latest news from the World Rally Championship via our website and social media channels:
– Rallysupport.com
– Facebook
– Twitter
– Instagram

WRC 2022 Manufacturers’ Championship standings after Round 2/13