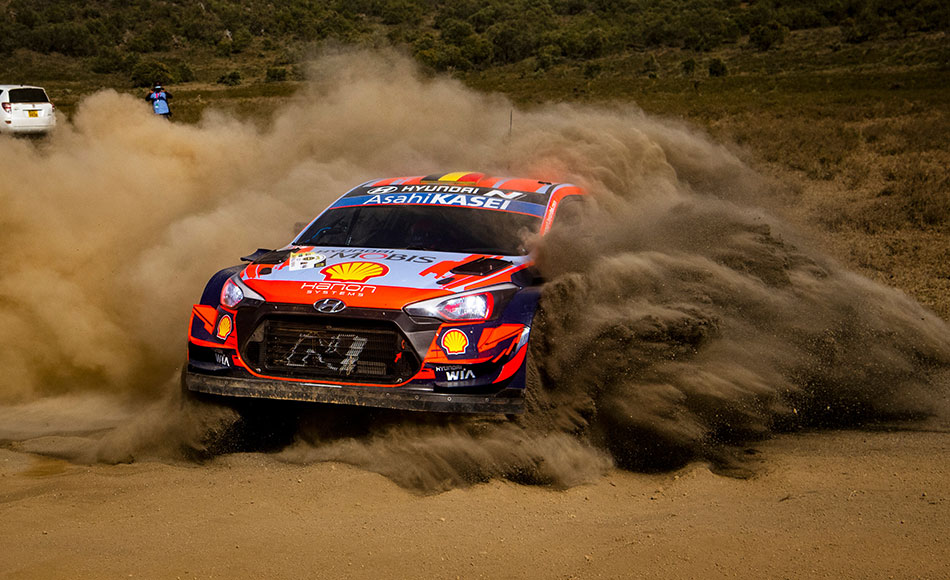 Thierry Neuville leads Safari Rally Kenya at the end of Friday despite a rear-left puncture and engine problems.

Neuville’s trying to fix problems on the road section before SS7:

Tänak’s punctured tyre at the end of the stage:

There was even more drama in the final stage. Kalle Rovanperä, who was in a close fight with Neuville for the rally lead, got stuck in the fesh-fesh just 900 metres from the start. The young Finn had to be pulled out of the sand by marshalls and later retired for the day.

Only six WRC-cars survived the first full day of rallying in Kenya. Rovanperä is the fifth WRC-driver to retire after Evans, Sordo, Solberg retired in the first loop.

Ogier and Katsuta set a joint fastest time in SS7, which promotes Katsuta into P2 after Friday’s stages.