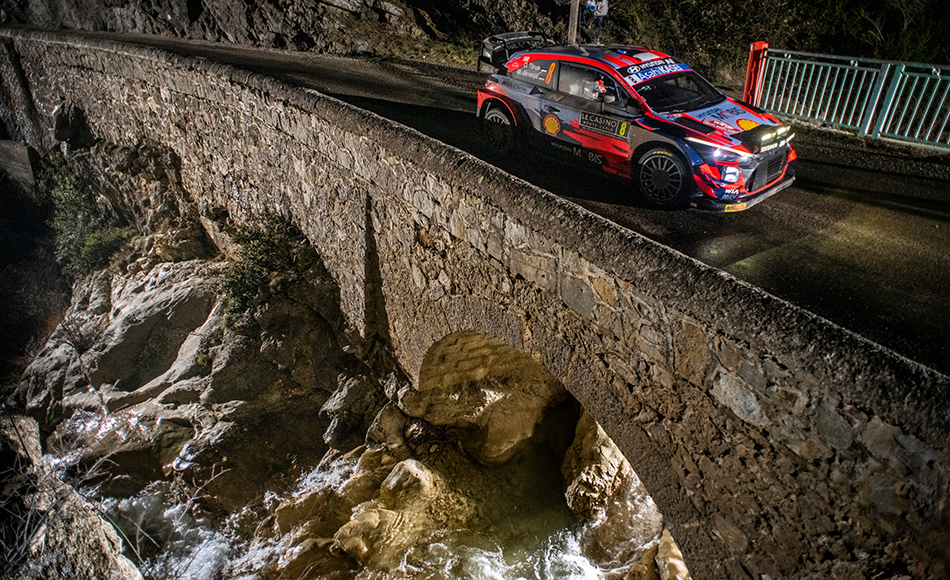 The Estonian had two punctures in SS9 and SS10 this morning, with only 1 spare tyre left. Tänak managed to get back to service, but was forced to retire as he was only carrying one wheel.

Rallye Monte Carlo event-rules mean that Tänak and Järveoja won’t be allowed to restart tomorrow under SuperRally rules: Game over.