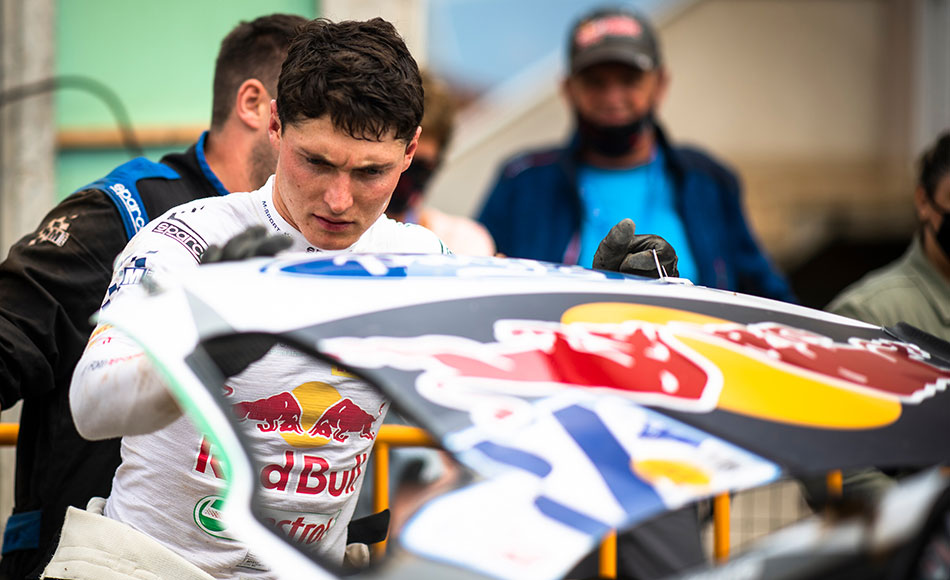 M-Sport Ford WRC driver Adrien Fourmaux crashed out on SS3 of Rally Monza. At the front, it’s a straight battle for P1 for title protagonists Sébastien Ogier and Elfyn Evans.

Ogier won the opening stage of the event by 3.6s over Evans. In the following Costa Valle Imagna stage, Evans took the stage win by just 0.1s over Ogier.

In SS3, a re-run of SS1 earlier this morning, Ogier was fastest again, this time by 2.1s to extend his overall lead over Evans to 5.6 seconds.

Thierry Neuville is third for Hyundai, 20.7s off the lead and 2.5s ahead of Dani Sordo who is unhappy with the handling of his car: “My car is going very bad. A lot of understeer and I don’t have a lot of precision.”

Oliver Solberg is in P5 after the first three stages, 34 seconds off Ogier’s leading pace.

Adrien Fourmaux rolled his Fiesta World Rally Car on SS3 which brought an earlier end to the day for the Frenchman. He went wide in a slippery left-hander and hit the banking on the outside of the corner which caused the car to roll.

One more stage remains on public roads for today. The crew head to the Monza circuit to do the remaining three stages of the day.