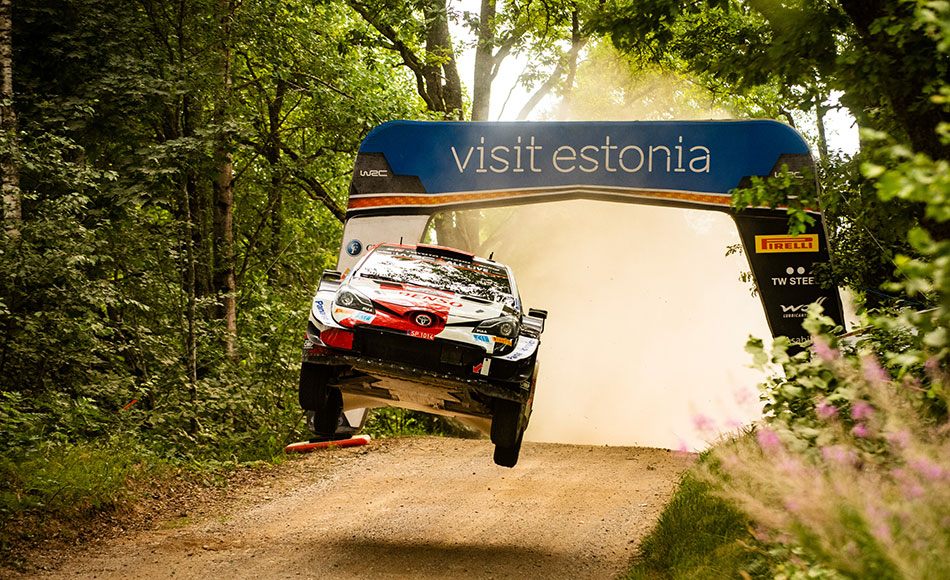 Kalle Rovanperä leads Craig Breen at the end of Rally Estonia’s Friday after winning six of the eight special stages.

Both men are hunting their maiden WRC win and such was the ferocity of their duel that the experienced Thierry Neuville and seven-time world champion Sébastien Ogier were trailing almost a minute adrift.

Rovanperä, who led after Thursday night’s short curtain-raising test, won three of this morning’s stages in his Toyota Yaris. He added three more fastest times this afternoon, but could not break free from Breen’s shackles.

“It’s tight – the gap is virtually nothing,” explained Rovanperä. “Craig has been doing really nice times the whole day, so tomorrow will be a big fight. There were many jumps and many of them you can really enjoy. Some you have to go quite big and it’s a bit harsh in the car.”

Breen led briefly this morning. He won one stage, tied with Rovanperä in another and was second in six tests in his Hyundai i20.

The heat of the battle was matched by air temperatures hovering just below 30°C, but pre-event favourite and Estonian hero Ott Tänak was left feeling cold.

He won the opening Arula test to relegate Rovanperä from top spot but plunged to seventh after a front right puncture in the following Otepää. Worse was to come in the next stage.

“I went wide in a corner and basically I went on the field and during that I knocked off two tyres. I had another two punctures and obviously we had no spares anymore and it was not possible to continue,” explained Tänak, who began the loop with just one spare wheel.

Neuville & Ogier in a close battle

Neuville and Ogier were left to scrap over third. Neuville lost time with a rear left puncture while the championship leader drove superbly to minimise the handicap of opening the soft and sandy roads, where grip was reduced compared to those further back.

They traded positions before Neuville moved ahead in the penultimate stage to finish 6.0sec in front and 53.4sec off the lead.

Takamoto Katsuta retired his Yaris from third after co-driver Dan Barritt suffered a back injury after a heavy landing over jump. Gus Greensmith exited after stopping several times with a technical issue which affected the power from his Fiesta’s engine.

Saturday brings four challenging new stages for the longest leg of the event, containing 132.18km of action. Identical loops north and south of Tartu are driven morning and afternoon before the day wraps up with an evening re-run of Thursday’s short city test.