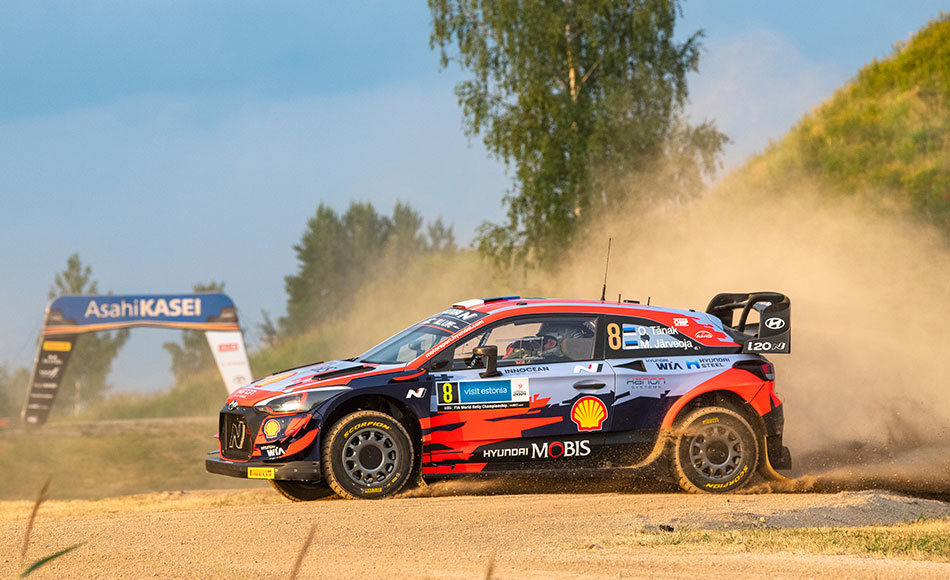 Early problems for Ott Tänak in SS3 of Rally Estonia as the Hyundai driver lost over 26.6 seconds due to a front-right puncture.

The Estonian moved up into the rally lead after winning the opening stage of the day, but the puncture meant that he dropped to P7 after SS3.

The puncture caused bodywork damage as Tänak completed the stage on the tyre rim.

Gus Greensmith stopped in the stage with a suspected water pump problem. The Brit eventually managed to finish the stage, albeit 14 and a half minutes behind the fastest stage time. “Same god damn thing as the rest of the year. I’ve got it to the end of the stage, but I don’t know what to say. I am fed up.”

After SS3 it’s Toyota-driver Kalle Rovanperä who leads the rally, 9.2s ahead of Craig Breen and 11.6s ahead of Thierry Neuville.