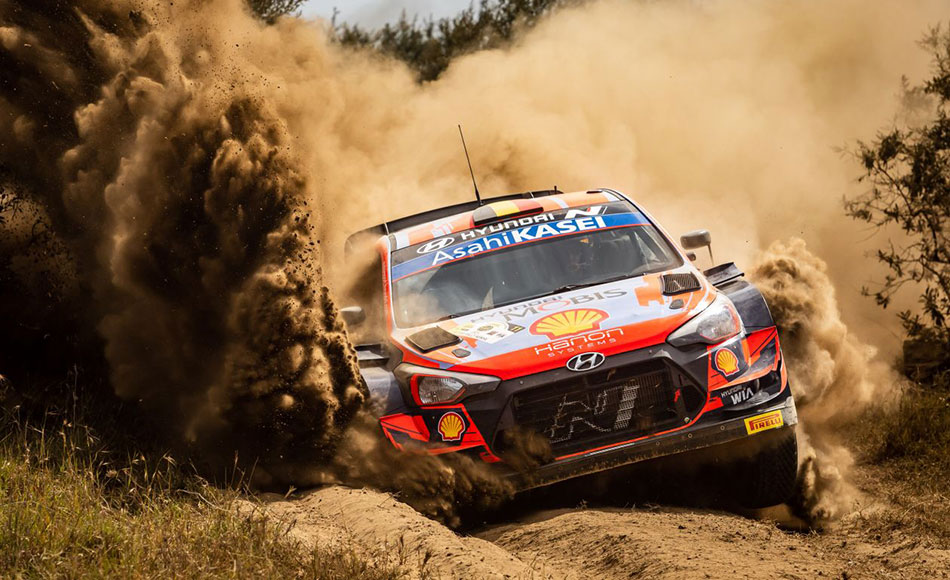 Thierry Neuville is the leader of Safari Rally Kenya heading into the final day. The Belgian has an advantage of 57.4 seconds over Toyota’s Takamoto Katsuta.

It wasn’t all smiles at Hyundai though, as Neuville’s team-mate Ott Tänak faced drama in the final stage of the day. Rain caused big time differences in the final stage. Dani Sordo, who was first on the road, managed to win the stage as he had better conditions compared to the drivers starting behind him.

With rain falling down hard, Tänak’s windscreen misted up. Forcing the 2019 World Champion to stop in the stage to wipe the mist from the windscreen himself. He dropped 2 minutes as a result and thus is now behind Ogier in the overall standings. “My side of the screen was not working. I couldn’t see. It’s amazing, the quality is amazing.” said a frustrated Tänak at stage-end.

Thierry Neuville consolidated his lead through the day. His advantage over Katsuta has been around 30 seconds till the final stage when Katsuta lost 22.4 seconds over Neuville. It means that the Belgian has a 57.4 second lead with 5 stages to run tomorrow.

Sébastien Ogier had a strong day as he won 3 of the 6 stages. The reigning World Champion is third overnight, 1 minute and 15.5 seconds behind Neuville. Tänak ends Saturday in fourth thanks to his troubles in SS13 and is ahead of M-Sport’s Gus Greensmith. Adrien Fourmaux is sixth, 12 seconds behind his team-mate. Kalle Rovanperä retired in the final stage yesterday, but still sits in the top 10 as the stage was later red flagged. The young Finn is seventh, 11 minutes off the lead and ahead of WRC3-leader Onkar Rai.