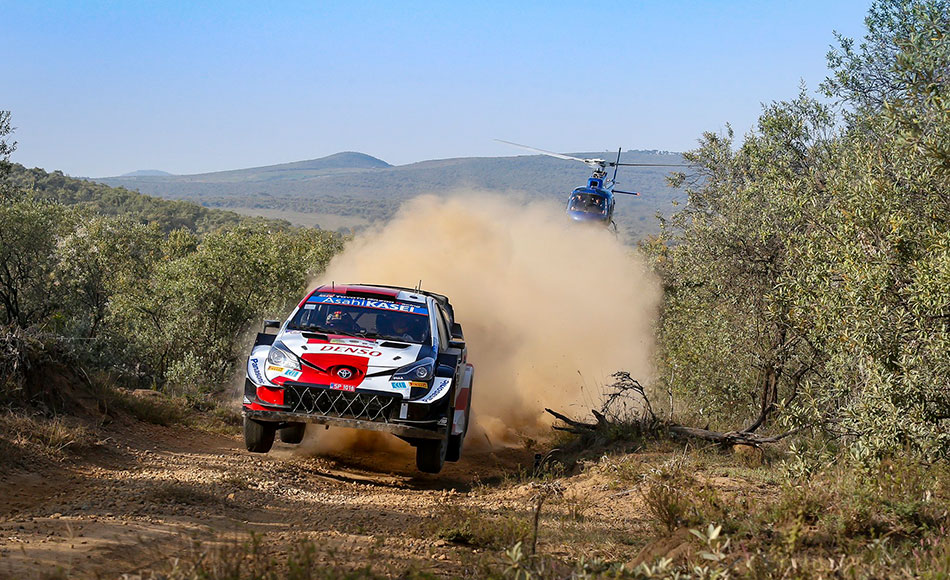 The final day of the event began with drama as the rear-right damper failed on rally leader Thierry Neuville’s Hyundai. The Belgian managed to finish the stage but couldn’t continue with the broken damper. It’s the third time in a row that a Hyundai retires from the lead with suspension problems.

Takamoto Katsuta inherited the lead of the event after Neuville’s drama. It was Katsuta’s first time to lead a WRC-rally. Sébastien Ogier wasn’t far behind the Japanese driver and pushed hard. With two stages to go, Ogier and Katsuta were joint leaders of the rally after more than 3 hours of rallying.

Adrien Fourmaux took his first ever WRC stage win in SS16, which also marks the first stage win of the season for M-Sport.

Ogier showed great pace in the penultimate stage to win the stage, but crucially was 8.3 seconds faster than Katsuta to lead the rally by the same 8.3 seconds heading ino the Power Stage.

More importantly for Ogier is the rally win. It’s the seven-time champion’s fourth win of the season. Takamoto Katsuta took his first ever WRC-podium with P2 in Kenya. Tänak ends the rally in third for Hyundai, more than a minute down on Ogier. Adrien Fourmaux managed to pass his team-mate Gus Greensmith on the final day to take fourth overall. Kalle Rovanperä finishes the rally in sixth ahead of WRC3-winner and local hero Onkar Rai.

The finish of Safari Rally Kenya marks the halfway point of the season. Sébastien Ogier extends his lead to 34 points with his victory. Elfyn Evans is still second, 22 points ahead of Hyundai’s Thierry Neuville. Neuville is now 56 points behind Ogier in the battle for the world title.

Ott Tänak stays fourth with 69 points, 8 points behind Neuville and 3 points ahead of Takamoto Katsuta. Kalle Rovanperä is sixth, 10 points adrift of Katsuta. M-Sport drivers Gus Greensmith and Adrien Fourmaux are joint seventh in the championship with 32 points. Dani Sordo and Craig Breen close out the top 10 with 31 and 24 points respectively.

In the Manufacturers’ championship extends Toyota its lead over Hyundai. The Japanese manufacturer has a 59 point advantage after six rallies.

WRC Manufacturers’ Championship standings after Round 6/12