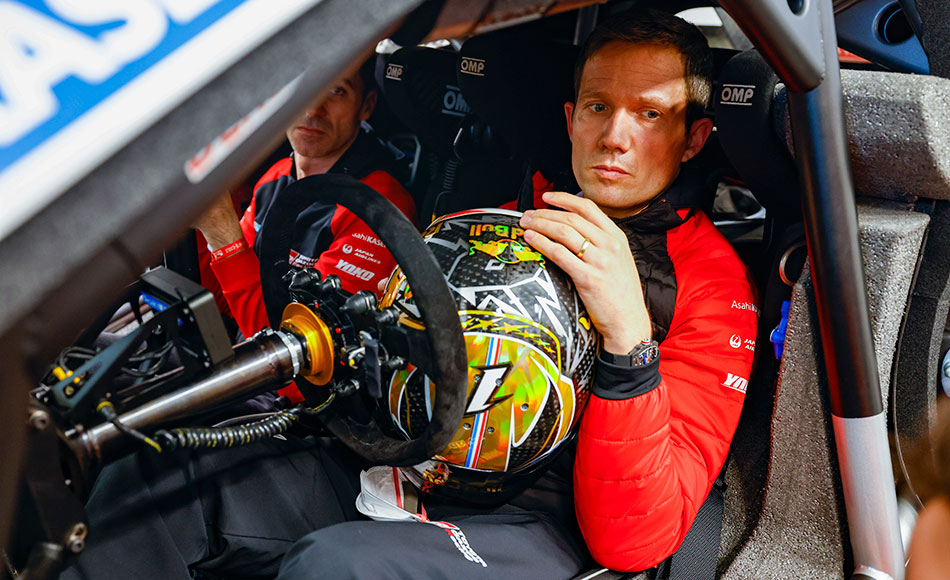 Reigning WRC champion Sébastien Ogier set the fastest in the first shakedown of the new WRC era this morning.

The Toyota driver was half a second faster than Sébastien Loeb. Loeb set the fastest in the first through the 2.29 kilometres long shakedown stage. Even after the second passage, in which each driver improved his time, Loeb was at the top of the timesheets. In the third and final passage, Loeb also improved his time but ended up 0.5s short of Ogier to finish the shakedown as the fastest.

Elfyn Evans clocked the third time this morning with his Toyota, one second behind his teammate Ogier. Thierry Neuville was the fastest Hyundai driver in P4 ahead of Adrien Fourmaux’s second M-Sport Puma Rally1.

Gus Greensmith completed two passes in the shakedown to finish P6, one-tenth behind his Fourmaux and three tenths ahead of his other teammate Craig Breen.

Takamoto Katsuta had some problems at the beginning of the shakedown and therefore went back to service. In the end, the Japanese driver managed to do two runs and to finish P7 ahead of Kalle Rovanperä.

Rovanperä also had some problems but at a later stage. As a result, the Finn completed the shakedown test twice. Ott Tänak drove three runs but did not improve in his last run and finished on P10 with an identical time to Rovanperä. Oliver Solberg rounded off the timesheets on P11, two tenths behind Rovanperä and Tänak.