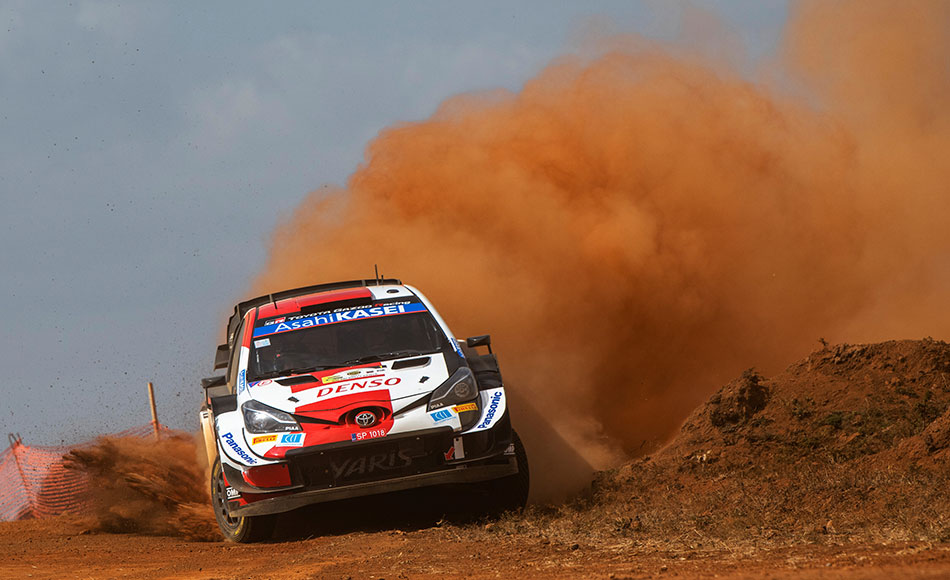 As the WRC returned to Africa for the first time since 2002, championship leader Ogier was 0.3 seconds faster than his Toyota team-mate Kalle Rovanperä. Elfyn Evans completed a Toyota 1-2-3, just 0.7s behind Ogier.

Ott Tänak, who drove head-to-head against Ogier in his heat, was fourth fastest for Hyundai, 2.5s behind the seven-time champion. Tänak’s team-mate Thierry Neuville was a further 2.5s slower in fifth.

“Tomorrow is going to be the biggest start. It’s amazing to see such a crowd. So far so good, but tomorrow the real stuff is coming.” said Ogier at SSS1 stage end. Ogier will be first on the road when the action gets underway at 08:09 local time (07:09 CET) with the Chui Lodge stage. A total of 6 stages are to run on Friday. Click here for a quick overview of Safari Rally Kenya!