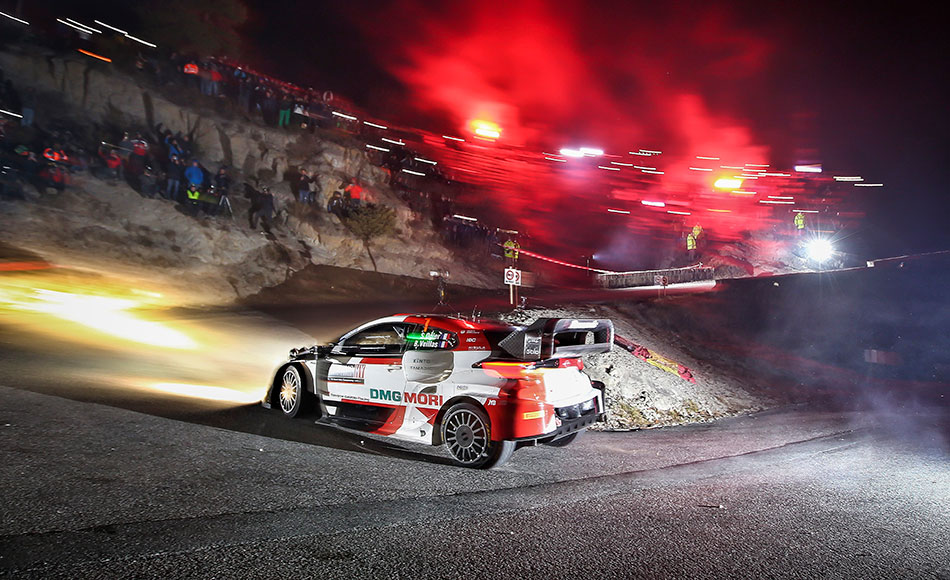 Sébastien Ogier leads Rally Monte Carlo, the opening round of the 2022 WRC season, after the opening stages on Thursday night.

Ogier won both stages tonight and has a 6.7 second advantage over Sébastien Loeb. Loeb set the second fastest time in both stages and is 4.5 seconds in front of Toyota’s Elfyn Evans. Adrien Fourmaux is fourth ahead of his teammate Gus Greensmith.

Thierry Neuville is the first Hyundai in the overall standings in P6. The Belgian is 28.5 seconds behind leader Ogier and struggled with his brakes, at the end of stage 2 he said: “The brakes were a little bit better. It’s a bit more bumpy and I had no trust in the car. so I had to keep it neat and tidy.”

Craig Breen makes it four M-Sport Ford Puma’s in the top 7. The Irishman is seven tenths adrift of Neuville and 11.9 seconds ahead of Ott Tänak. Takamoto Katsuta ends the opening night in P9 and struggled with problems with his car. The Japanese driver is 48.2 seconds off the lead.

Oliver Solberg had a spin at the top of the Col de Turini and rounds off the top 10, just under a minute off the leading pace. Eric Camilli is the fastest WRC2-driver after Thursday’s stages in P11 overall. The Frenchman is 2.6 seconds ahead of Toyota’s Kalle Rovanperä who struggled with the balance of his GR Yaris Rally1: “I think the balance of the car is really tricky for me to drive. I tried to do my best to adapt for it, but if the balance is a bit more to the understeering in side then it’s quite difficult for me.”