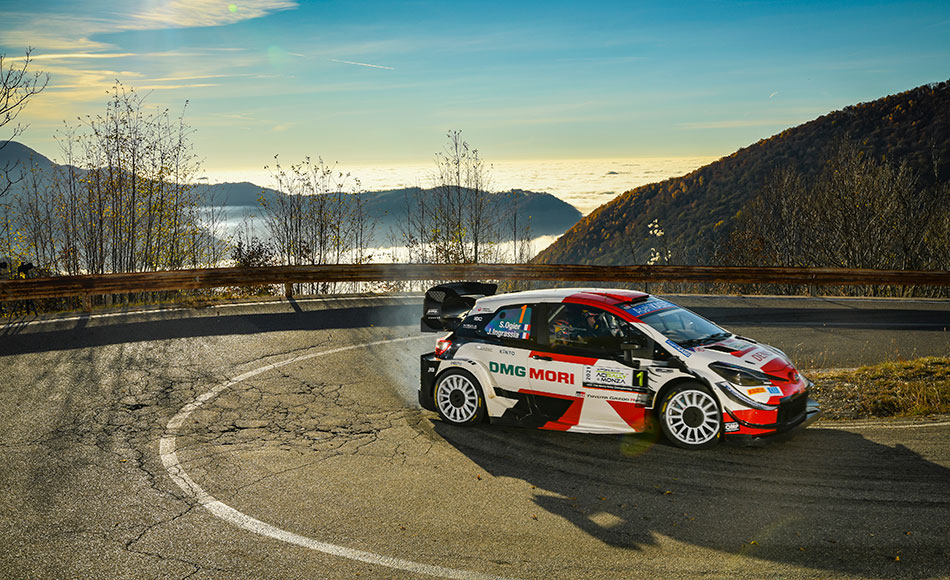 Sébastien Ogier and Julien Ingrassia are the 2021 WRC champions! The duo took their eighth title in style with their 54th rally victory in their last rally together.

The lead changed five times on Saturday which meant that the battle for victory in Monza was close. At the beginning of Sunday, Ogier had a lead of 0.5s over his team mate and title rival Elfyn Evans.

Ogier and Evans set identical stage times in the opening stage of Sunday. The leader had a little scare in the stage as he touched a concrete block in a chicane. Ogier survived the moment without damaging his car.

A top 3 finish for Ogier would secure him the his eighth WRC title. While the title was his priority going into the final day, he admitted that a win in his final rally together with Julien Ingrassia “would be the cherry on the cake”.

In the second and penultimate stage of the rally Evans stalled twice, losing 7.1s to Ogier as a result. It meant that the latter had a 7.6s advantage heading into the final stage of the season.

But at the end of the rally it’s all about Ogier and Ingrassia. They take their 54th rally win in their final rally together and are now WRC champions for the eighth time!

Toyota wrapped up the Manufacturers title at Rally Monza. The Japanese-Finnish team only needed 5 points to regain the title. Yohan Rossel won the WRC3 title in a close battle with Kajetan Kajetanowicz. The title protagonists were level on point heading into the rally. Rossel beat Kajetanowicz in the final stage and ends the rally just 3.1s ahead and thus is the WRC3 champion.

The finish of Rally Monza’s Powerstage marks not only the end of the 2021 season but also the end of the World Rally Car era of the WRC. Next season, the Rally1 regulations are introduced as the top level cars switch to hybrid power for the first time ever.

Rallye Monte Carlo is the first event of the new era on January 20 – 23! More information about the 2022 WRC Calendar here!

WRC Manufacturers’ Championship standings after Round 12/12