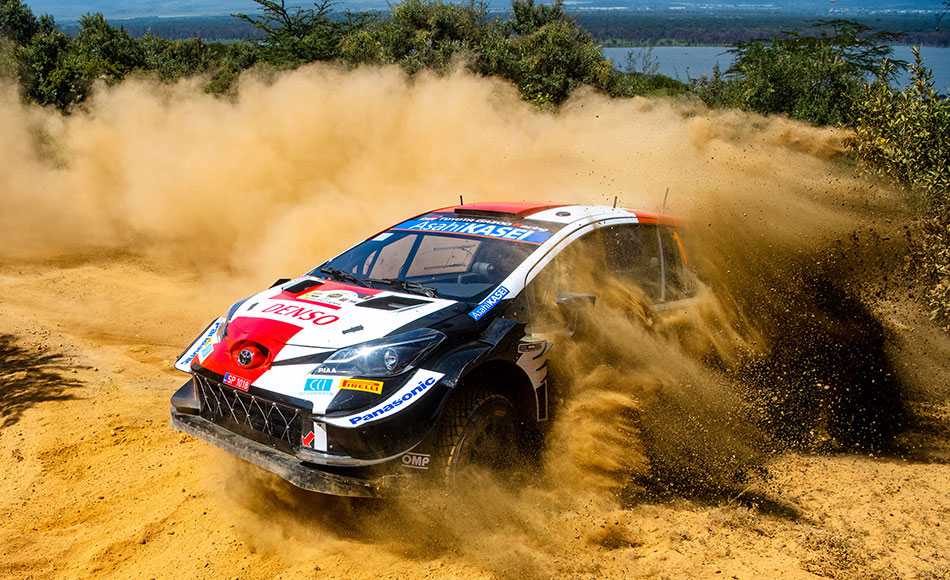 Hyundai’s Thierry Neuville set the third fastest time, 1.1 seconds behind Ogier and eight tenths ahead of his team-mate Dani Sordo. Takamoto Katsuta was fifth fastest in his Toyota, 1 tenth in front of Gus Greensmith.

Kalle Rovanperä completed three runs and set a best time of a 3:46.1, which put him seventh fastest overall, 1.1 seconds ahead of 2019 World Champion Ott Tänak. M-Sport’s Adrien Fourmaux is back in the Ford Fiesta WRC this weekend and ended shakedown in ninth.

Oliver Solberg hit early trouble in his first pass through shakedown. The 19-year-old clipped a rock in narrow section which broke the steering of his Hyundai. Shakedown was red flagged temporarily to remove Solberg’s car.

Despite having to fix his car, Solberg managed to get a late run in before the end of shakedown which put him P10 in the end. Lorenzo Bertelli competes for the second time WRC-rally this season and ends shakedown in 11th fastest with his Ford Fiesta WRC.

WRC3 competitor Onkar Rai, was the fastest Rally2 car in shakedown with the Volkswagen Polo GTI R5. Martin Prokop, who is the only entrant in WRC2, was the second fastest Rally2-car in P13 overall.