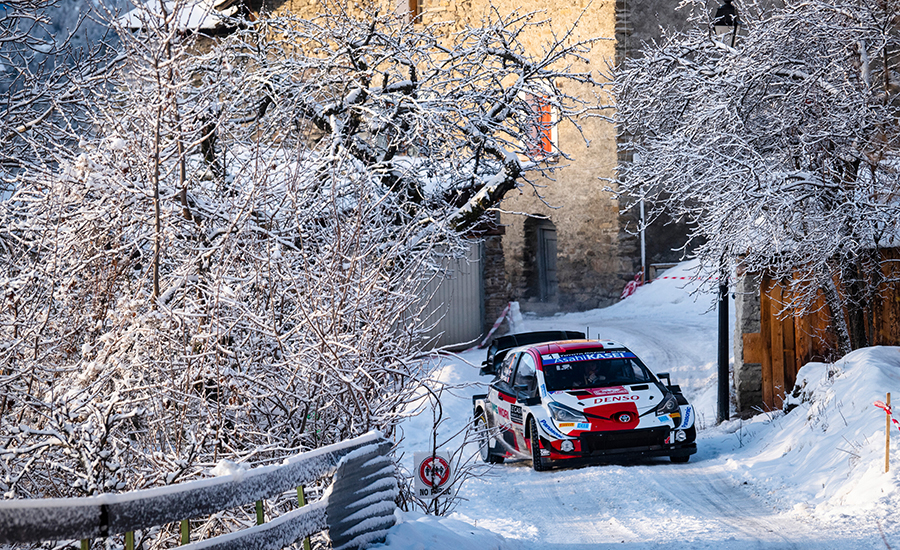 The Frenchman won the legendary event for the first time as part of the IRC in 2009 with Peugeot. Ogier then claimed victory in Monte Carlo as part of the WRC six time in a row from 2014 to 2019. His 2021 win marks his seventh Rallye Monte Carlo-win in the WRC.

Elfyn Evans became second for Toyota to make it a 1-2 for the Japanese manufacturer. Last year’s Rallye Monte Carlo winner, Thierry Neuville, finished third for Hyundai. Neuville’s co-driver this weekend, Martijn Wydaeghe, claimed his first ever WRC-podium. It’s yet to be confirmed if Wydaeghe continues to be Neuville’s co-driver in the Arctic Rally Finland next month.

Neuville denied Toyota to take a 1-2-3 in the rally. Kalle Rovanperä dropped to fourth overall after a puncture in the opening stage of the day. Dani Sordo brought home P5 for Hyundai, finishing 40 seconds behind Rovanperä and well clear (almost 4 minutes) of the fourth Toyota of Takamoto Katsuta in P6.

Andreas Mikkelsen claimed P7 overall since the opening stage of Friday morning, and never left that position. The Norwegian was the fastest Rally2 car, almost 2 minutes clear of the next Rally2 car of Adrien Fourmaux in P9 overall: A strong start to his WRC2-campaign for the Norwegian.

M-Sport’s Gus Greensmith finished P8, in what was a frustrating weekend for the Brit. “I’d say it’s been the worst performance of my career to date. I feel like with the preparation I’ve had, I should have delivered a much better performance. It’s happened now, I’m going to learn from it and improve on it for the next one.”

A stated above, Adrien Fourmaux claimed P9 in his Rally2 Ford Fiesta. Eric Camilli rounded off the Top 10 in the Citroën C3 Rally2. Oliver Solberg was in a close battle with Camilli for P10, but an off in the final stage meant that Camilli kept his top 10 place.