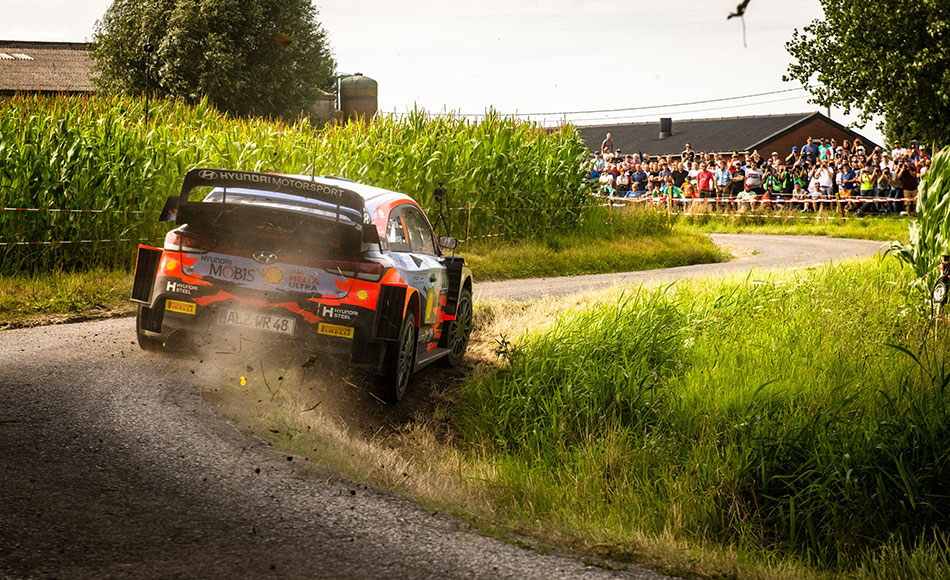 This year’s Ypres Rally Belgium will be fully held in the Ypres region. As a result, the stages on and around the Spa-Francorchamps circuit won’t be part of the rally route. The Kemmelberg stage will be the new Power Stage of the event.

“It was not only the long liaison to Spa-Francorchamps that played a role in this decision to stay in Ypres. It was practically impossible to finish the WRC round on the circuit of Spa-Francorchamps, as at that time, the preparations for the Formula 1 Grand Prix have already started,” said Alain Penasse, President of Club Superstage.

The Ypres Rally is held in the Westhoek for three days, resulting in a rally of 282 kilometers against the clock, with a total of 695 kilometers. That provides a high percentage of competitive action with 40.56% of the distance covered being competitive kilometres. This has been unseen in the FIA ​​World Rally Championship.

The competition opens on Thursday August 18 with where the crews and spectators will create special atmosphere with the ceremonial start on the Grote Markt in Ypres. Afterwards the teams head to Nieuwkerke for the Shakedown, which will be held from 4 pm.

On Friday, August 19, two loops of four special stages are scheduled. The opening stage this time is Vleteren, followed by the special stage of Westouter, which is partly held on French territory. This is followed by Mesen-Middelhoek, including the well-known start on the market square of Mesen, and finally the Langemark test.

On Saturday, two more loops of four special stages will be run, with the classics Reninge, Dikkebus, Wijtschate and finally Hollebeke, with its 22.41 km the longest special stage of the race. The first two days will start around 9am and the cars will arrive back in the center of Ypres around 6:30pm.

The Ypres Rally will conclude on Sunday 21 August with two classics in a mythical setting, Watou and the special stage over the Kemmelberg. After the second pass of the Watou stage, the participants will regroup in Loker, where they will prepare for the Wolf Powerstage. It will be held on the Kemmelberg, with its 13.38 km a providing a unique and representative special stage that reflects the history of this classic asphalt rally.