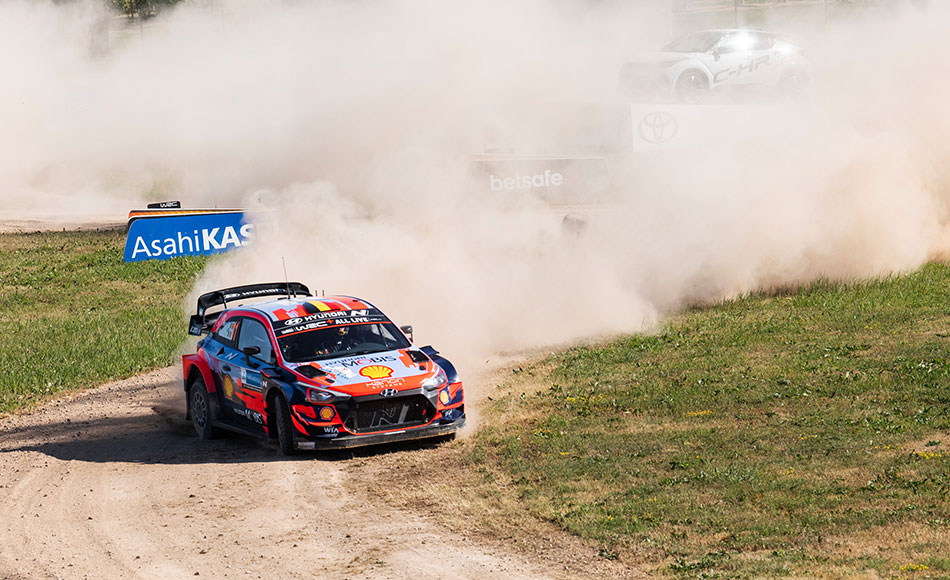 Hyundai WRC driver Thierry Neuville has been handed a total of a €5000,- fine and a suspended ban for speeding on the road section between SS22 and SS23 on Sunday at Rally Estonia.

The Belgian explained to the Stewards that his car had technical problems on his way to SS23. Neuville was recorded driving 190 km/h in a zone where the speed limit is 90 km/h. Despite speeding, Neuville arrived late a the time control and received a 10 second time penalty during the rally as a result.

“The crew stated that, due to some technical problems on their car, they were approaching TC23 late. As they were fighting for a podium position in the classification they could not avoid overspeeding in order not to be late at TC23. They added that at that moment the road was clear of traffic.” reads the statement of the Stewards.

The statements continues: “In this case the speed recorded was more than 100% over the speed limit, and the absence of traffic cannot be taken into consideration to claim mitigating circumstances. The FIA is constantly promoting road safety through the “FIA Action for Road Safety ”campaign. Furthermore, “Obey the Speed Limit” is one of the FIA’s Golden Rules. Safety remains a key challenge and the FIA is committed to do everything possible to improve driving behaviour.”

The Stewards decided to hand Neuville a €2500 fine and a suspension of one 2021 WRC rally if Neuville commits any speeding offence exceeding 30% or more than the applicable speed limit this season.

The Clerk of the Course gave Neuville a further €2500 fine for the speeding infringement, bringing the fine to a total of €5000.