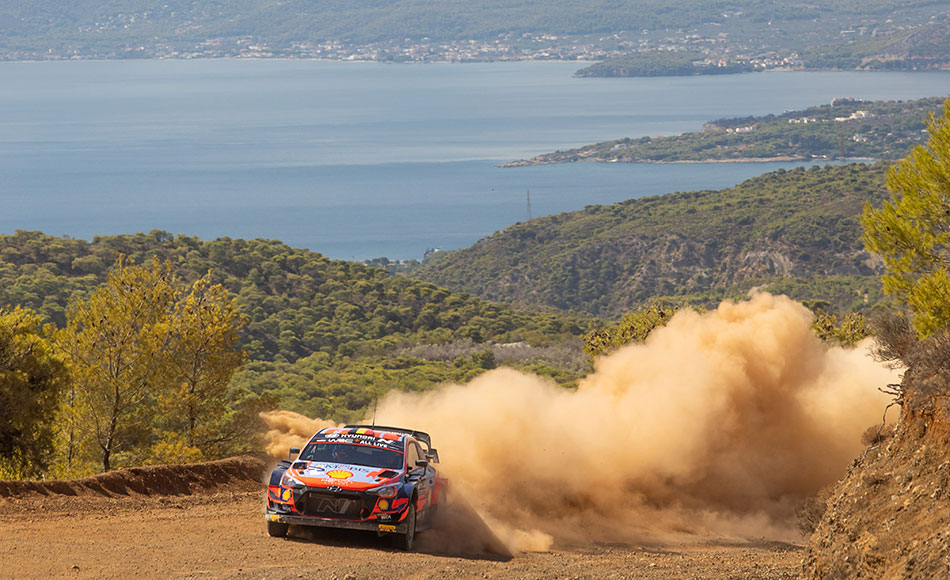 Thierry Neuville has dropped down the order of WRC Acropolis Rally with power steering problems on Friday.

The Belgian faced problems re-starting his Hyundai WRC-car after the tyre-fitting zone between SS3 and SS4. Eventually, Neuville and co-driver Wydaeghe got their car running but were 24 minutes late the Time Control, which meant the crew received a 4 minute penalty.

Neuville didn’t have power steering but managed to complete SS4, albeit by losing a further 2 minutes: “It’s a big mess. We have a lot of technical issues from this morning, and now the power steering as well. A day to forget. We keep fighting, there are two more stages to go today and we won’t give up.” he said at SS4 stage-end.

Kalle Rovanperä extended his lead in SS4, but not by much. The young Finn clocked 0.8 seconds faster than Ott Tänak which means his lead is now 3.8 seconds over the Estonian. Sébastien Ogier is third, 7.5 seconds behind his team-mate Rovanperä. Dani Sordo is fourth, 23.4s behind Rovanperä and 17.2 seconds ahead of M-Sport’s Adrien Fourmaux. Gus Greensmith is sixth, 5.2 second adrift of Fourmaux.